The Otago cricketer Warren Barnes, who bowls wearing a protective face mask believes it is "only a matter of time" before cricket introduces more protection for bowlers.

The 25 year old Barnes started using the custom-made mask in December after a "lot of close calls" during net sessions and matches.

"There have been huge changes to protect batters and umpires. For bowlers it's the next step," he has told the BBC. 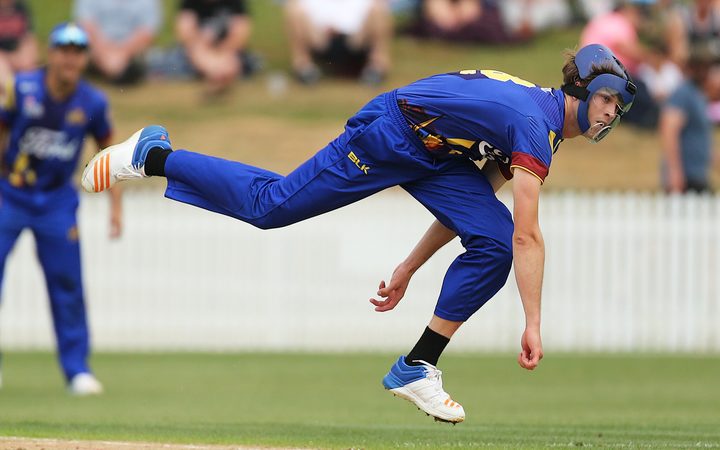 Manufacturers redesigned helmets following the death of Australia batsman Phillip Hughes in 2014. The 25-year-old died two days after he was hit by a short-pitched delivery.

The England and Wales Cricket Board (ECB) made fixed-grille helmets mandatory in 2015 after facial injuries to Stuart Broad and Craig Kieswetter, the latter of whom was forced to retire after damaging his eye socket.

Umpire Bruce Oxenford wears a protective shield on his arm while officiating in matches.

"Especially in Twenty20, cricket authorities have looked at getting a much protection for the players as possible," Barnes told Stumped on BBC World Service.

"Bowlers are often the closest to the batter when the ball gets hit - they are in a pretty dangerous spot so it's only a matter of time before they start bringing in more protection for the bowlers."

Otago head coach Rob Walter suggested wearing a mask to Barnes because of concerns over his bowling action.

"The way I follow through once I deliver the ball, my head stays really low down and I don't actually see the ball until the batter has hit it," said Barnes.

"Rob was really worried - I had quite a lot of close calls in the nets and previous games being hit in the chest but thankfully nothing in the face.

"He asked me my thoughts on a facemask and I said: 'Why not? It's something different so let's give it a go.'" 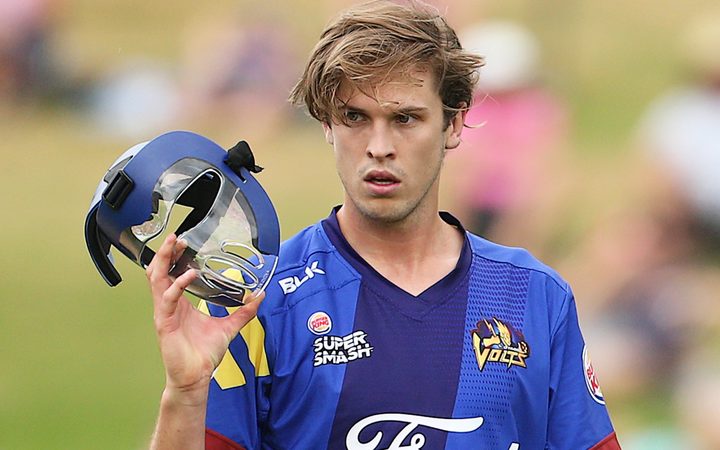 Barnes' headgear is based on a mask worn by hockey players when defending penalty corners.

It was then extended by a prosthetics designer in Dunedin to cover the top of the head, which Barnes says is the "most exposed" area when he bowls.

"At the start it wasn't very comfortable and it moved around quite a bit," he said.

"I bowled quite a lot with it in the nets but it was quite hard not to think about it when I was playing in games. I took it back to the guy, he trimmed it a bit, made it a bit lighter and so I could tighten it more and after that it was actually quite good."

Barnes said "there is no better time" to look into protective headgear for bowlers.

Canterbury bowler and former Black Cap Andrew Ellis was hit on the head during a match in New Zealand's domestic one-day competition last month, with the ball then ricoheting for six.

"Players and coaches here doing throw downs are all starting to bring in masks to try and protect them in training," said Barnes.

"There is also a company that are interested in making some to bring in a more commercial face mask into cricket. We're trying to work together to make something that is comfortable and fits everybody."