Barcelona and Bayern Munich have completed the quarter-final lineup for the European Champions League. 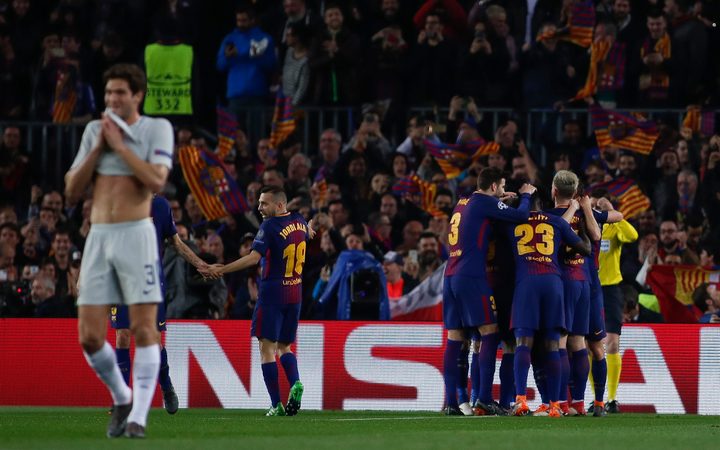 Lionel Messi scored two brilliant goals and created another for Ousmane Dembele as Barcelona thrashed Chelsea 3-0 at the Camp Nou to reach the last eight 4-1 on aggregate.

Messi opened the scoring after two minutes and eight seconds, the quickest goal of his career, slipping the ball through Thibaut Courtois' legs from a tight angle.

The Argentine forward created the second with a blistering run from the halfway line which left three Chelsea defenders stumbling in his wake, before squaring the ball for Ousmane Dembele to rifle home his first goal for the club.

Marcos Alonso hit the post and Olivier Giroud was unfortunate not to be awarded a penalty for a tangle with Gerard Pique as Chelsea tried to launch a comeback, before Messi killed the tie with his 100th Champions League goal.

Bayern Munich manager Jupp Heynckes said his side were hungry to complete a treble this season after they thrashed Turkey's Besiktas 8-1 on aggregate to reach the Champions League quarter-finals.

Bayern eased past Besiktas 3-1 in the second leg to complete a resounding victory, a record 11th straight in the competition for Heynckes, who led Bayern to the title in 2013 before retiring and returning this season.

Heynckes, who said he had no preference for his side's next opponents with the quarter-final draw tomorrow, is now targeting a treble with Bayern on course to wrap up the Bundesliga title having also reached the German Cup semi-finals.

"Of course we are hungry (to complete a treble). We want the Champions League, we are very determined, and we also want the German Cup. However, we need to first focus on the target ahead of us," he said.

Bayern could secure their sixth consecutive Bundesliga title at the weekend.