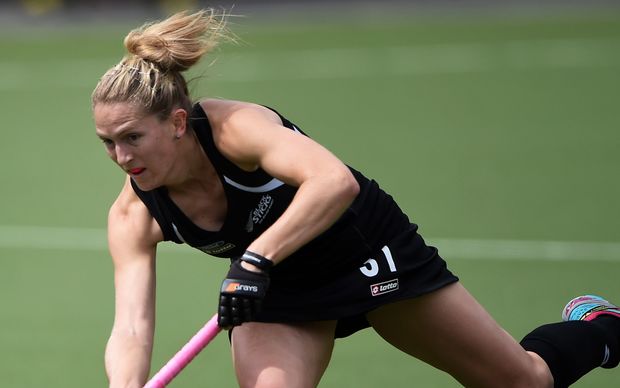 Leading the way will be captain Stacey Michelsen and McLaren (nee Punt), who will both be competing at their third successive Commonwealth Games.

Michelsen is a finalist for 2017 World Player of the Year and carries immense experience having amassed 248 test caps, while McLaren (252 caps) brings genuine firepower as the women's all-time leading goal scorer, currently just one shy of her 100th goal.

Both players will be hungry to complete their set of Commonwealth Games medals having won silver at Delhi 2010 and bronze at Glasgow 2014.

Northland striker Madison Doar is the youngest player named in the side at 18 years-old, earning selection thanks to her performance over the past 12 months.

Hager said the group is confident it has what it takes to bring home a medal.

"We know all teams will arrive well prepared at the Commonwealth Games and we certainly aren't taking anything for granted, but our expectations on ourselves are very high.

"We've put our faith in the majority of players who played and finished second at the World League Final in December, and are confident we have the necessary talent in this side.

"Given our performances over recent years there will rightly be an expectation on us to win a medal and I think it's healthy to have that pressure and it's great to know we'll have support on the Gold Coast and back home."

New Zealand Olympic Committee CEO Kereyn Smith passed on her congratulations to the women's side as their inclusion now boosts the New Zealand team on the Gold Coast to 188 athletes.

"This is a team bristling with talent and the games will be a must watch as these athletes take on the best in the Commonwealth.

"Well done to all of the athletes selected and I'm looking forward to watching this group of talented women represent New Zealand with pride and honour in just over three weeks time."

Sanctioned by the International Hockey Federation (FIH), the 10 competing nations for both men's and women's competitions are divided into two pools of five based on their FIH World Rankings.

The hockey competition runs from April 5-14 at the Gold Coast Hockey Centre and sees each side play all other pool opponents before the top two from each pool progress to the semi-finals and medal matches.

Pool B is headlined by the New Zealand women along with trans-Tasman rivals Australia, Scotland, Canada and Ghana, while Pool A includes England, India, South Africa, Malaysia and Wales.

The Kiwis open their Commonwealth Games campaign against Scotland at 1:30pm (NZ time) on Thursday, April 5.

The New Zealand women have won three medals at past Commonwealth Games, including bronze at Kuala Lumpur 1998, silver at Delhi 2010 and bronze at Glasgow 2014.