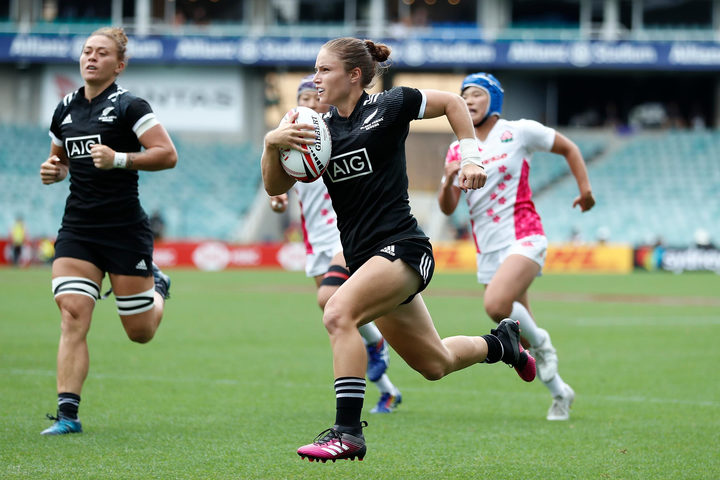 Players will also get a $2000 a week assembly fee with top seven players able to earn a maximum of $45 thousand a year, meaning they'll still need to hold down jobs or study.

Nichol believes it won't be long until New Zealand's top women's players are putting all their energy into rugby.

"We did it with Sevens, we took Sevens over a four year period from the first ever contract offered to a women's sevens player to four years later they're fully professional, alongside the men. With women's 15s, they were better resourced going into last year's World Cup and the performed superbly to win it and that created a platform for us to allow us to develop the first high performance programme globally for women's 15s rugby. Which should not go unnoticed, this is a world first. So it's a great step forward, it's a start and we'd like to think in the next two to three years when future competitions get sorted out, both domestically and internationally, is that we can have 15s players full-time, alongside the men, within the next two to three years."

There's been evidence of the country's top female players heading offshore after high school on university scholarships to places like the United States, England and Japan, and Nichol believes today's announcement should stem that flow.

"We're aware of what our best women's players are being offered overseas, and what we've got on the table here far exceeds that. That's not to say that it wouldn't be a good idea for a player who's outside our top 50 to take advantage of that for a little while. Go overseas, get a free education, an experience and then come home and try get back in (to the Black Ferns set-up), but definitely if you were weighing up an overseas rugby opportunity vis-a-vis an opportunity to be contracted in this environment, you'd take this one every day," Nichol said.

Players will be expected to train 10 to 14 hours a week and the contracted players will assemble 50 days a year.

After winning their fifth world cup last year pressure mounted for the Black Ferns to be contracted on a similar basis to the All Blacks.

Chief executive of New Zealand Rugby Steve Tew said the contracts signal a new era in the sport with the women representing the fastest growing area of the sport with one in seven rugby players now female.

"The Black Ferns - and the Black Ferns Sevens - have rapidly grown in profile, statue, and relevance on the international stage. This agreement supports them to be the best they can be when wearing the black jersey," he said.

Chief executive of the New Zealand Rugby Players Association Rob Nichol said "this is a significant milestone for the women's 15 game. It is a long-term sustainable model that offers genuine pathways and support for female players on and off the field, and that we can build on in the future.

"The MOU has a strong focus on personal and career development, ensures the provision of key life, trauma and medical insurance's, access to quality savings programs while taking care of all the normal terms and conditions expected within a modern-day employment environment.

"The maternity policy gives the players the appropriate support to return to the game if they choose after having a baby. This gives players the flexibility to make important life decision while continuing their rugby pathway," he said.