Tom Walsh shrugged off the effects of jet lag to win his ninth senior national shot put title at the New Zealand track and field champs in Hamitlon over the weekend.

Walsh who a week ago won the world indoor championship title in Birmingham accepted he was below par, but happy that he is on track to satisfy one of his major goals, winning a Commonwealth Games gold medal. 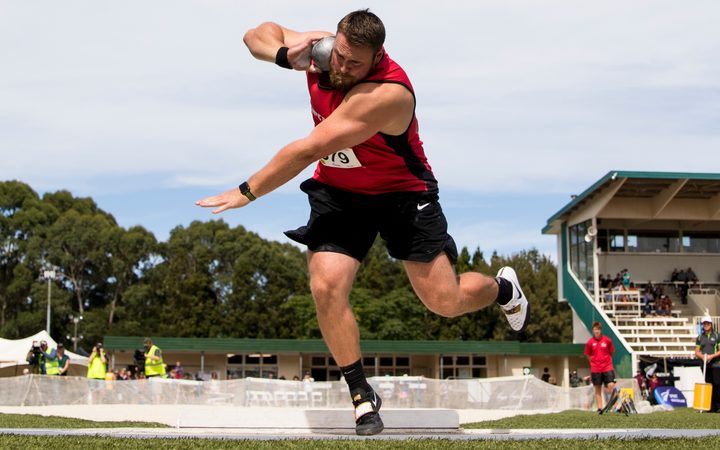 Shot putter Tom Walsh as four metres clear of his nearest rival at the national track and field champs in Hamilton. Photo: Photosport

His winning distance of 21.58m on Sunday, while below the 22.31m he threw in Birmingham a week ago, still would have won him the World Indoor title and it was further than any of his previous eight national champs victories.

His nearest rival teenager Ryan Ballantyne was over four metres back.

Hamish Kerr cleared 2.21m to become the second highest jumper ever at a national championships.

The national record is 2.30m held by Glenn Howard.

The men's pole vault went to Nick Southgate with 5.20m, preparing him for a first tilt at the Commonwealth Games while the men's javelin was won by Ben Langton Burnell.

The women's pole vault lost favourite Olivia McTaggart when sprained her ankle in the warm-up, opening the door to Imogen Ayris to win the senior title at the championships in a new personal best of 4.15m.

Lucy Sheat won the women's 200m title for the first time while Joseph Millar was the men's champion for the fifth time. 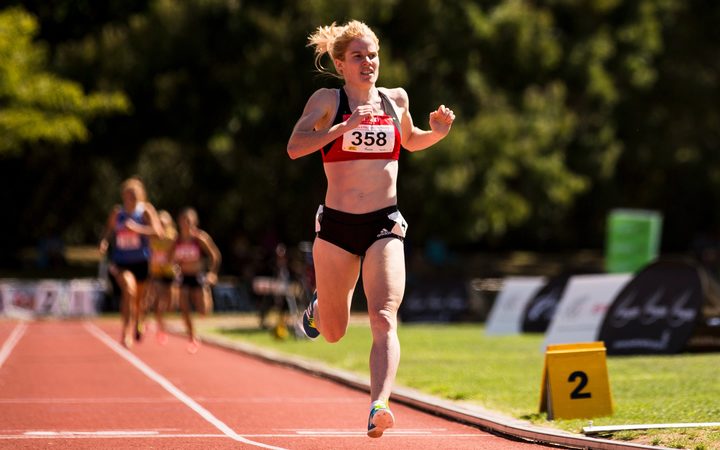 Alana Barber showed her form is good form heading into the Commonwealth Games, taking out the women's 20km race walk.

The most prolific athlete at the championships was Waikato BoP's Kayla Goodwin with a hall of four individual golds in under 20 and under 18 events, along with a silver and bronze, as well as two relay minor medals for a total haul from the championships of eight medals.