Jonny Bairstow belted his second successive century as England completely outplayed New Zealand in a seven-wicket victory in their final one-day international at Hagley Oval to clinch the five-match series 3-2. 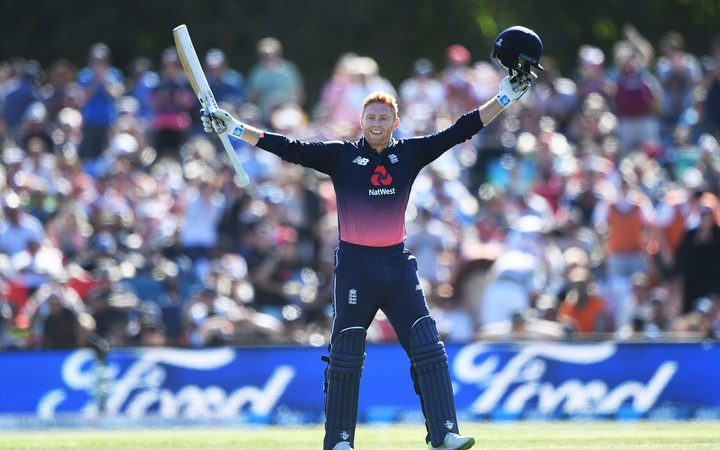 Bairstow, who scored 138 in the fourth game in Dunedin, smashed a 58-ball century with eight boundaries and six sixes as he combined with Alex Hales (61) in a 155-run opening stand in perfect batting conditions.

The 28-year-old Bairstow hit his ninth boundary before he was bowled by Trent Boult for 104. Joe Root (23 not out) and Ben Stokes, who hit a six to win the game and finish 26 not out, guided England to 229 for three in 32.4 overs.

"It's different from batting in the middle order but my job now is to score big hundreds and contribute match-winning scores," said man-of-the-match Bairstow, who also took a brilliant, diving one-handed catch on the boundary.

"That's what I'm trying to do but it's still a work in progress."

New Zealand had been dismissed for 223 after England never allowed the hosts to develop any momentum with the bat.

They slumped to 93 for six in the 27th over and only had the innings rescued by an 84-run partnership between Mitchell Santner (67) and Henry Nicholls (55).

England were helped by the absence of New Zealand batsman Ross Taylor, who was ruled out with a thigh injury that he aggravated when he scored an unbeaten 181 in the five-wicket win in the fourth game on Wednesday.

Eoin Morgan's bowlers, however, also exploited what little help the conditions offered early on to ensure the hosts lost regular wickets from the first over. 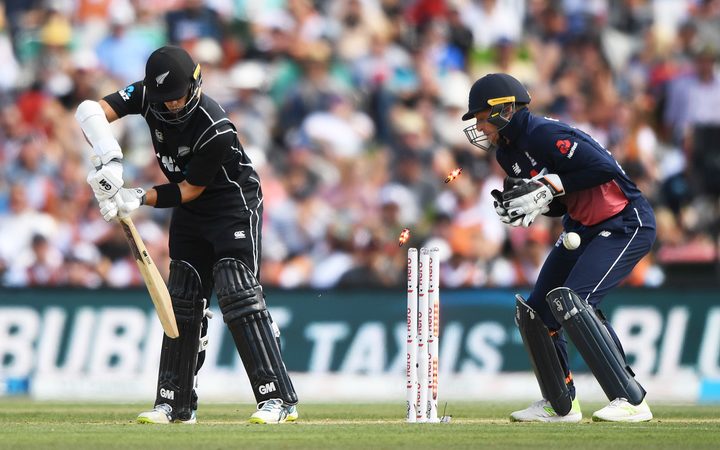 Chris Woakes, who was named man-of-the-series for his 10 wickets at 20.30, and Mark Wood conceded a miserly 27 runs in the first 10 overs before spinners Moeen Ali and Adil Rashid, who finished with three for 42, ran through the middle order.

"Our bowlers really set the tone ... and the execution was outstanding," Morgan said. "We created opportunities by building pressure."

Martin Guptill was the only batsman in the top five to provide any resistance with 47, before Nicholls and Santner ensured New Zealand had a total to bowl at but it was never going to be enough against the powerful England batting lineup.

"It was a really disappointing performance from our part," New Zealand captain Kane Williamson said.

"We didn't get a complete performance all series, but England were outstanding, a very good one-day unit, and deserved to win the series."