Dame Valerie Adams has won her first competition back following a 19 month break. 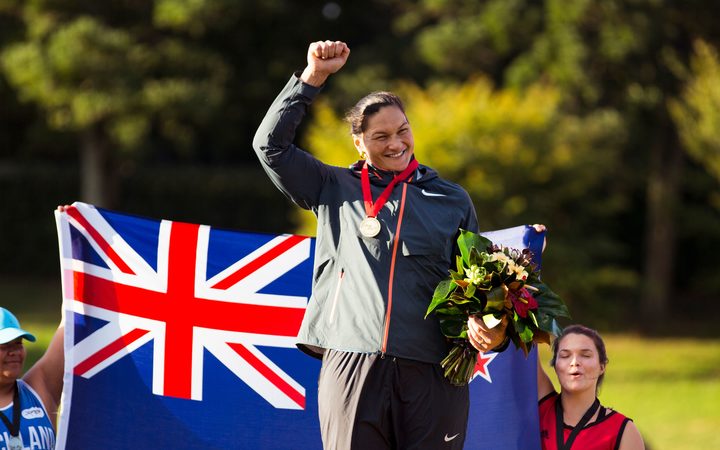 Adams has claimed her 15th national shot put title in Hamilton, her first event since the Rio Olympics.

It is also just five months since she gave birth to her daughter.

Her winning distance was 17.83 metres, well below her best, but enough to ensure her participation at next month's Commonwealth Games on the Gold Coast.

"I was really nervous, I've only been throwing since January, the journey has been so quick, but I'm happy to win another national title and secure my place at the Commonwealth Games."

Adams next outing will be at the Big Shot competition in Christchurch next weekend.

Afterwards Adams was presented with the gold medal from the 2010 World Indoor Championships.

At the time Adams finished second to Belarussian Nadzeya Ostapchuk, who was later disqualified for a drugs violation.

The gold medal was presented to her by her former coach Kirsten Hellier.

It is the second time Adams has been presented with a major title after the winner was disqualified, it also happened after the 2012 Olympics when Ostapchuk was also the offending athlete.

There were some other Commonwealth Games athletes in action..... Joseph Millar won the men's one hundred metres easily with a time of 10.46 seconds and Siositina Hakeai won the women's discus.