All Black Damian McKenzie has re-signed with the Chiefs, extending his contract with New Zealand Rugby for a further three years until the end of 2021.

The 22-year old who is being groomed as Beauden Barrett's understudy at first five has played 52 games for the Chiefs and 12 test matches.

McKenzie said he was excited to sign on for the next three years in New Zealand.

"It's a really exciting opportunity to have signed on for three more years. My time in the Chiefs jersey has been awesome to date and the support I've been given during my time in Chiefs Country has been amazing," he said. 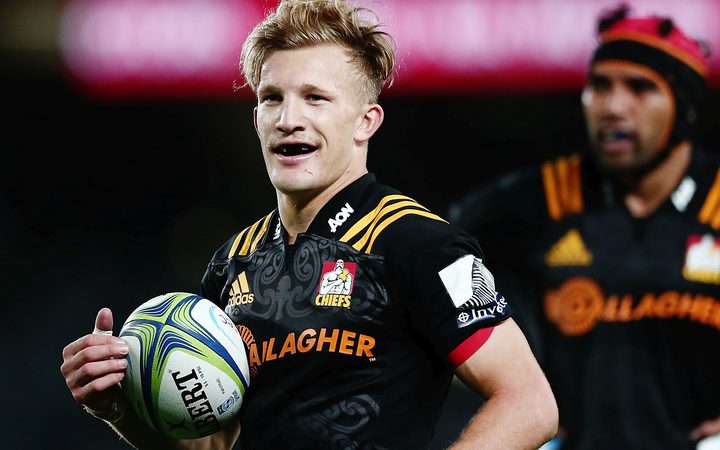 "I've had an awesome opportunity to be able to sign on with New Zealand Rugby and hopefully keep achieving higher honours in the future," he said.

All Blacks Head Coach Steve Hansen said "Damian is an outstanding young talent and we are delighted that he has recommitted to New Zealand Rugby.

He had a busy year for us last year, starting in ten Tests, and came through really well. He grew in stature in his time in the jersey, developing his skillset and his game.

"That experience will put him in good stead for the future."

Chiefs Head Coach Colin Cooper added "He's a great player with great character and brings a lot of confidence and stability to the team."