The Blues welcome back All Blacks Jerome Kaino and Sonny Bill Williams to their team to take on the Lions at altitude in Johannesburg on Sunday morning. 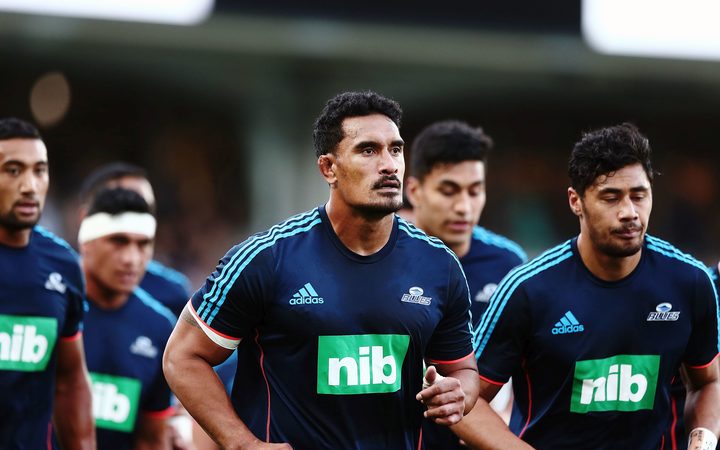 Jerome Kaino of the Blues looks on ahead of the match. Photo: © Photosport Ltd 2018 www.photosport.nz

Kaino has his first start of the season after coming on as a reserve last week, while Williams returns following a leg injury that sidelined him for a week.

Williams will line-up in the midfield with Rieko Ioane who moves in from the wing, allowing the attacking flare of Melani Nanai to remain on the flank. He currently makes the most metres per carry of any Super player.

Sam Nock replaces injured skipper Augustine Pulu, pairing up with the in-form Bryn Gatland, while Stephen Perofeta, who played in the development match last weekend after injuring his hand in pre-season, comes on to the bench.

James Parsons takes over as captain for his 80th Super game for the Blues in the front row with Alex Hodgman and Ofa Tuungafasi, while the former New Zealand Schools and All Blacks Sevens player Antonio Kiri Kiri gets a start at loose forward.

"The Lions are a formidable team. We well remember our last time here two years ago and we are keen to put that right," said Blues Coach Tana Umaga.

"They have scored a lot of tries this season off their lineout drive so we have worked hard on this aspect. We need to be disciplined and not give them attacking chances from penalties although at the same time we need to be our usual aggressive selves at the breakdown."

"This is a magnificent rugby stadium and conditions should be great, so if we can do well at set-piece, then we have plenty of attacking ability to enjoy the occasion."

Umaga said the travel delays were far from helpful but no excuse, while going with six forwards in the reserves is needed to cope with the altitude factor at Johannesburg.