Manchester City have advanced to the European Champions League quarter-finals, but Tottenham Hotspur are out.

Juventus produced a Champions League smash-and-grab raid at Wembley as they beat Spurs 2-1 to go through 4-3 on aggregate. 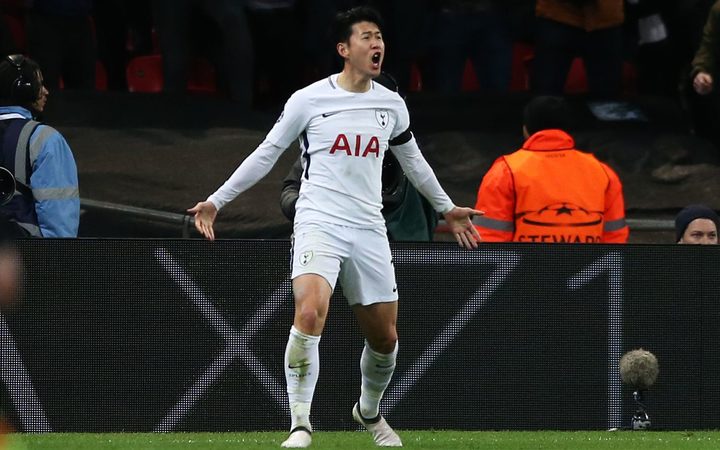 Son Heung-min's first-half effort had put Tottenham in control after they had drawn 2-2 in Turin last month and there was little sign of a Juve response until Gonzalo Higuain and Paulo Dybala struck in three second-half minutes.

Higuain poked in from close range to equalise in the 64th minute before fellow Argentine Dybala, who missed the first leg with an injury, curled past Hugo Lloris after bursting clear.

It was tough on Tottenham, who will rue several missed chances in the opening period and hit the post with a Harry Kane header in the 90th minute, but proof that Massimiliano Allegri's experienced Juventus, runners-up in two of the last three seasons, remain one of Europe's toughest nuts to crack.

City advanced to the Champions League last eight despite suffering their first home defeat in over a year, going through 5-2 on aggregate after a 2-1 defeat by Swiss champions Basel.

City won the first leg 4-0 and unsurprisingly their manager Pep Guardiola chose to leave key players on the bench with none of Kevin De Bruyne, Sergio Aguero or goalkeeper Ederson featuring in the game.

The evening began positively for Pep Guardiola's side, unbeaten in their last 12 Champions League home matches, when Brazilian Gabriel Jesus put them ahead in the eighth minute.

German winger Leroy Sane danced through the Basel defence and set up Bernardo Silva whose low cross was tapped in by the Brazilian forward for his first goal since November.

Basel, backed by an impressively vocal travelling support, were clearly determined to restore pride, though, and they drew level nine minutes later when Mohamed Elyounoussi buried the ball in the bottom corner from just inside the area.

Runaway Premier League leaders City were content to play their trademark possession football but Basel's endeavours were rewarded in the 72nd minute when, after excellent work from Elyounoussi, Michael Lang blasted past Claudio Bravo at the near post.