The Hurricanes have named an unchanged starting line-up for Saturday night's Super Rugby clash with the Crusaders in Wellington, with first-five Beauden Barrett to play his 100th game for the club. 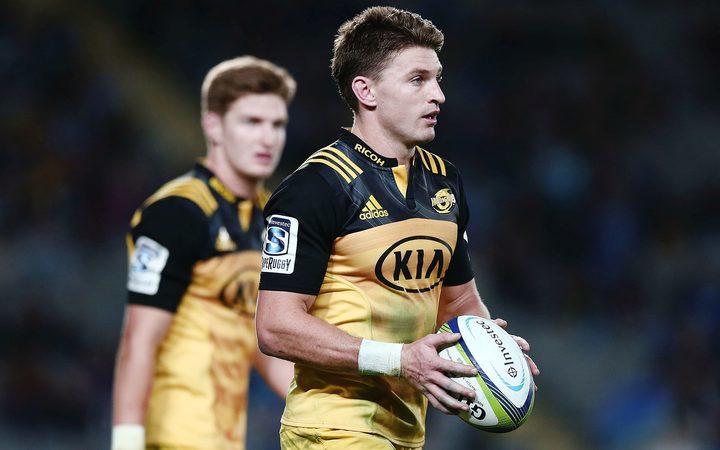 Prop Ben May will also bring up his 100th Super Rugby game, having previously played for the Crusaders and Chiefs.

There have been several changes on the bench, with two-game All Blacks hooker Asafo Aumua set to make his Hurricanes debut if called upon.

Aumua successfully came through 40 minutes of rugby for the Hurricanes Under 20 side last week after being sidelined with a rib injury.

There could also be Hurricanes debuts for prop Marcel Renata, who has joined the squad after Alex Fidow was injured in the win over the Jaguares in Buenos Aires, and halfback Richard Judd who has also joined the squad as injury cover.

In the final change on the bench, Ihaia West returns after he started against the Bulls in South Africa.

Barrett has played a key role in the success of the Hurricanes in recent seasons and it seems fitting that he will be able to mark the occasion in front of family and friends at Westpac Stadium.

Having made his debut against the Cheetahs in Bloemfontein in 2011, Barrett has gone on to score more than 1000 points in Super Rugby while he has paired with fellow All Black TJ Perenara 81 times in the Hurricanes jersey.

May has also been a regular fixture in the Hurricanes jersey having played 64 Super Rugby matches for the club since making his debut against the Stormers in Cape Town in 2012.

The Hurricanes squad to face the Crusaders is: