Australia spinner Nathan Lyon has been fined 15 percent of his match fee by the International Cricket Council for breaching the code of conduct in a highly-charged first test against South Africa.

Lyon was charged with a level one breach and had a demerit point added to his previously clean disciplinary record. Four points would result in missing a test. 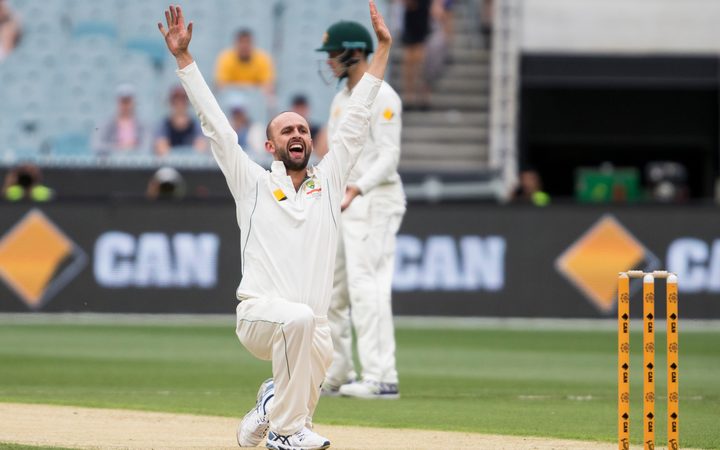 The spinner whipped off the bails to run out AB de Villiers yesterday as South Africa's top order crumbled at the start of their bid to chase a mammoth 417-run victory target.

De Villiers made a despairing dive but was well short and Lyon leapt over him in celebration, dropping the ball on his opponent before joining his team mates in a jig of joy.

Lyon admitted the offence and accepted the sanction, the ICC said in a statement.

Cricket Australia said Lyon had been in touch with De Villiers to say there was no malice intended and apologise.

There was also a reconciliation after Australia took 20 minutes on Monday to wrap up victory by dismissing the home side for 298.

Following a fracas outside the dressing-rooms yesterday between Australia vice-captain David Warner and South Africa wicketkeeper Quinton de Kock the two shook hands after De Kock was the last man out.

Warner was restrained by team mates as he directed a verbal barrage at De Kock when the players returned to the dressing-rooms at tea. Media reports said De Kock made disparaging comments about Warner's wife Candice who is a professional endurance athlete.

"Getting personal on the field is not on. We were certainly very chirpy out in the field as well. As far as I'm aware, we didn't get personal towards Quinton," Australia captain Steve Smith said.

"What he said got a little bit personal towards Davey and, as we saw, it certainly provoked an emotional response.Gǥ

Both teams were reminded by match referee Jeff Crowe of the spirit in which the game should be played.

"The fact that it spilled over off the field, that shouldn't have happened."