A buzzer-beater has ended the Breakers' NBL Basketball season in veteran Kirk Penney's final game for the team.

Melbourne United scored an 88-86 overtime victory over their Breakers in Auckland to take their semi-final series 2-0. 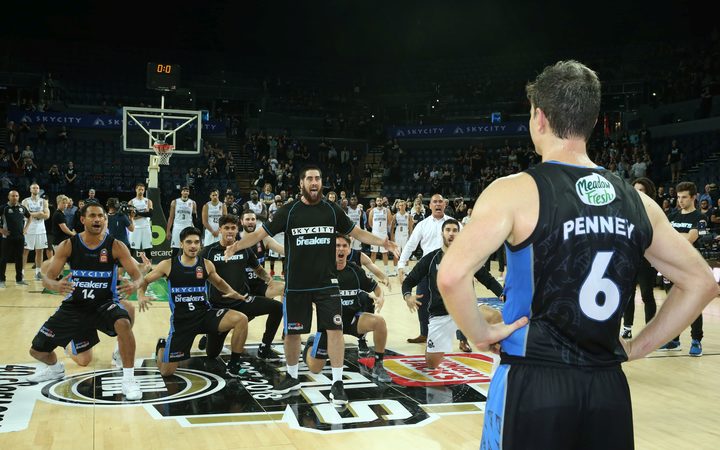 Kirk Penney's team mates perform a haka in his honour at his final game in the NBL. Photo: PHOTOSPORT

After leading for the majority of the game, the teams finished regulation tied at 78-all.

It was Melbourne who claimed the victory, with Josh Boone netting the crucial jump shot with less than a second remaining. Melbourne will now go to the ANBL grand final and face either Adelaide or Perth in a five-leg series.

Boone was near-untouchable in Auckland, scoring a double-double of 33 points and 15 rebounds and providing a niggly presence the Breakers could not quell.

Yet it was nearly for naught, with the Breakers wasting a last-second chance in regular time via DJ Newbill to take the three-legged semi to a decider.

He missed a wide-open three-pointer before Edgar Sosa missed the follow-up.

Instead, the match went to overtime, with United taking the early lead and the Breakers reeling in a five-point deficit with 20 seconds remaining.

With the final play of the game, Boone overcame a Tom Abercrombie block to slot home off the board just before the hooter. 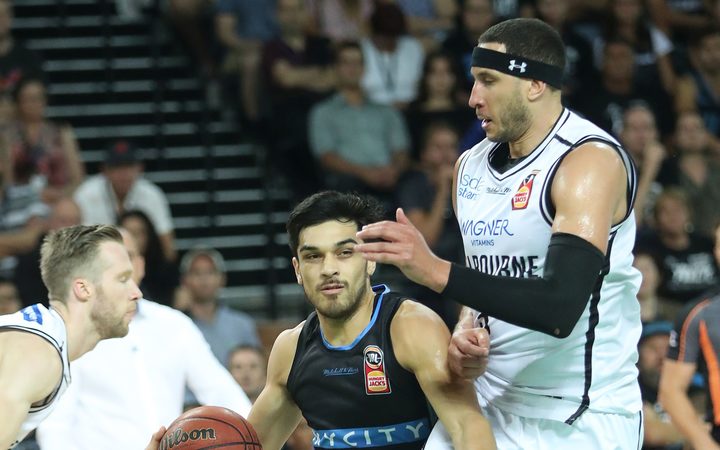 "That was one heck of a game - not the right result and we're all a bit heartbroken in there right now," Breakers boss Paul Henare said.

"That had everything - so many big plays, big shots, it's all a haze right now.

"I'm so proud of the boys for playing with the fire I asked them to bring."

In an additional bitter pill for the Breakers, veteran Kirk Penney, who scored 17 points, played his final match before retirement.

"Kirk, that was fun, watching him out there," Henare said.

"It was like turning back the clock - he was making crazy shots, running through screens, working so hard, he and the team left everything on the court."