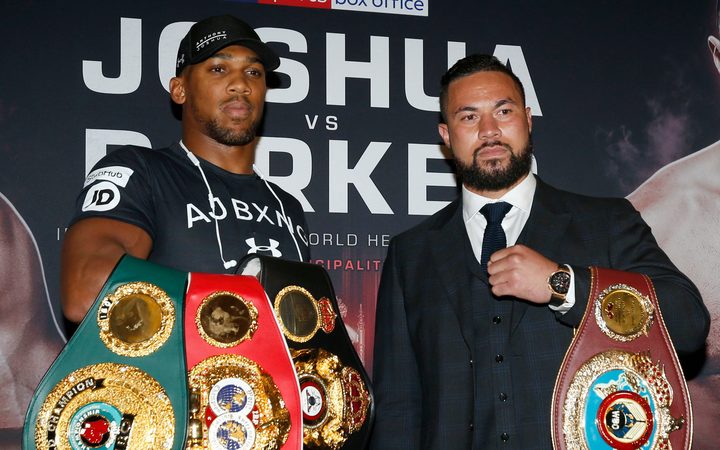 Joseph Parker, right, and Anthony Joshua are set to meet in a world heavyweight unification bout in Cardiff. Photo: Photosport

Between them the three fighters own the four major belts in the sport's glamour division, with Joshua holding the WBA and IBF crowns, Parker the WBO and Wilder the WBC.

With 20 knockouts from a perfect 20-0 professional record, Joshua is favoured to continue that march and add another belt to his collection when he and Parker square off in a much-anticipated unification bout in Cardiff on April 1 (NZ time).

Should that be the case and should Wilder prevail in his title defence against heavy-hitting Cuban Luis Ortiz in New York this weekend, a fight between Joshua and Wilder to crown an undisputed heavyweight champion looms.

Despite confident claims from the larger than life Wilder this week that he is the most dangerous man in the division and Joshua has been putting off a meeting between the two, it appears that is not the way the big Brit sees it.

"Make no mistake, I was with Anthony Joshua this morning, he wants to fight Deontay Wilder. He sees that as an easier fight potentially than the Joseph Parker fight," Joshua's promoter Eddie Hearn told Sky Sports UK.

"The plan is to become undisputed heavyweight champion of the world. He's got to deal with Parker first on March 31, it's a tough fight.

"After that, Deontay is coming to Cardiff, we can sit down, we can get that fight made. No problems from our side."

Nicknamed the Bronze Bomber, Wilder has held the WBC title since 2015 and has won all 39 of his professional fights, with only one of those victories being by a points decision. 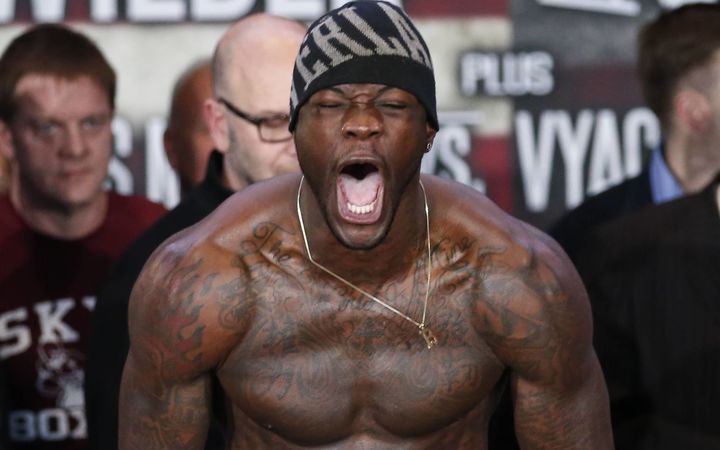 Because of that, the 32-year-old is understood to want a 50-50 split of the financial windfall if a potential fight against Joshua went ahead.

But Hearn believes Wilder would need to readjust his desires in that respect and, in the process, suggested just how confident the Joshua camp are their man will prevail over Parker at the Principality Stadium.

"Yes, absolutely," Hearn said when asked about Joshua making his US debut in a fight against Wilder.

"Anthony is happy to go into that fight next. Wilder was talking about he wants a 50-50 split. This is ridiculous, we're going to have three belts, he's got one."

After his first round demolition of former WBC world champion Bermane Stiverne in November, Wilder is strongly favoured to get past Ortiz.

The pair were originally set to be the headline fight on that November card, before it was revealed the Cuban had tested positive for a banned substance and Stiverne was called up to as a replacement to challenge Wilder.

Ortiz is also unbeaten with a 28-0 record and has genuine knockout power, but at 38 is six years older than Wilder, who was supremely confident he would extend his own record to 40-0.

"I am the best in the world. I've been saying it for years. Here is a big test. This is the fight that the fans have been waiting for. I'm going to pass this test with flying colours.

"I don't have any worries about Ortiz at all. When I look at Ortiz, he doesn't look powerful. I know he has nice skills like all Cuban fighters. That's nothing to me. It's going to be up to him to prove me wrong."