Red Bull's Daniel Ricciardo went faster and further than anyone else as Formula One started testing, while New Zealander Brendon Hartley was delighted with his outing with Toro Rosso. 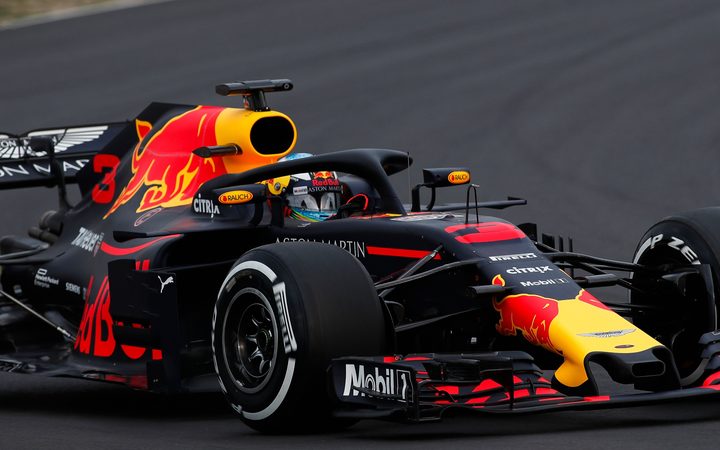 Ricciardo completed 103 laps of Barcelona's Circuit de Catalunya, the only driver to break into three figures on a day that started sunny but ended with rain and plunging temperatures.

Ricciardo, whose team use the same Renault engines as McLaren even if they are branded Tag Heuer, set his fastest lap of one minute 20.179 seconds in the morning session.

Red Bull had to play catch up last year after a slow start, despite ending up winning three races, but this time launched their new car a week earlier than before and hit the ground running.

So too did sister team Toro Rosso, Honda's new partners, who completed 93 trouble-free laps with New Zealander Brendon Hartley, who ended the day eighth fastest of the 13 drivers on track. 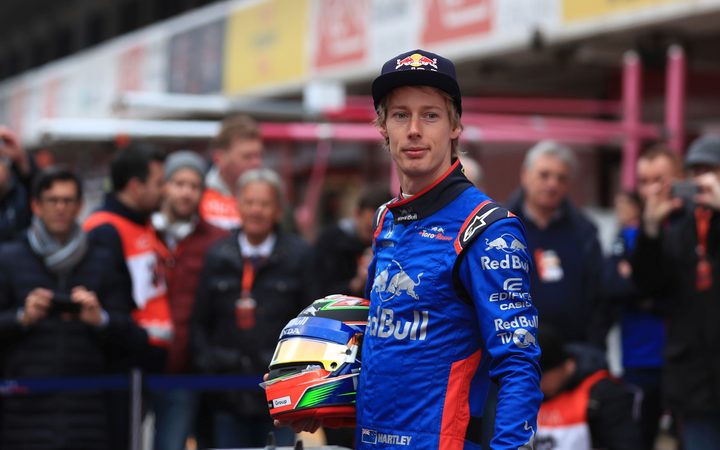 Hartley drove in 4 F1 races last year and was confirmed as Toro Rosso's full time driver for 2018 not long after.

McLaren's Fernando Alonso provided the early headlines, returning to his home track with a smile a year on from a testing nightmare with Honda engines and becoming the immediate focus when his car's right rear wheel came off.

The Spaniard remained cheerful after an accident that the team blamed on a simple wheel nut and said was no big deal, although he lost about three hours of track time while the damage was dealt with.

"So far, so good," said the double world champion, whose team are expected to be far more competitive since the switch to Renault engines.

Asked what had gone through his mind when the car crashed, he grinned, saying: "That it was a good day for you guys. I thought exactly that. This is a very, very small problem but very graphic, very obvious.

"A car in the gravel makes a big thing and there are six teams in the garage with the door closed and the car in pieces but nobody sees it. There are a lot of teams with big trouble and us with a wheel nut, we will make the story of the day." 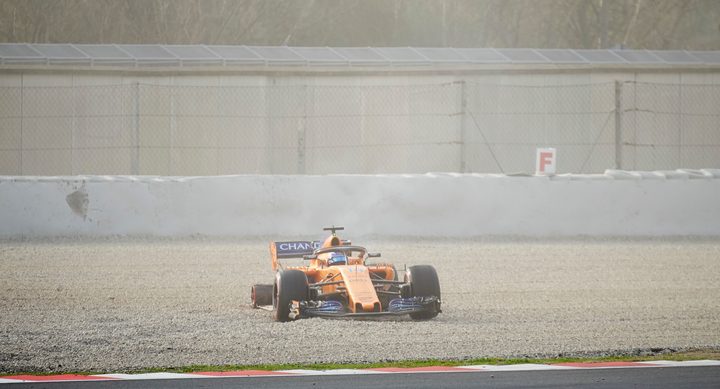 Alonso went back out again before the lunch break for a further four laps and ended the day with 49 under his belt as the rain limited what teams could do.

The test was the first since the introduction of the now mandatory 'halo' head protection system and drivers reported no problems with visibility.

Valtteri Bottas was second fastest for Mercedes and completed 58 laps, with a time two tenths off Ricciardo's, before handing over to four times world champion team mate Lewis Hamilton.

The Briton did 25 laps in soggy conditions.

"It was a solid start," said Mercedes team principal Toto Wolff. "It's difficult to judge because it is very cold and everybody just collects data and sees how they get on.

"It's interesting to see there are a couple of cars that have been able to post quick times this morning so we are up for an interesting season," added the Austrian.

The season starts in Australia on March 25, with McLaren seeking their first win since 2012.