A consortium including two former NBA players and a co-owner of English Premier League club Swansea will become the new majority shareholders in the New Zealand Breakers NBL team. 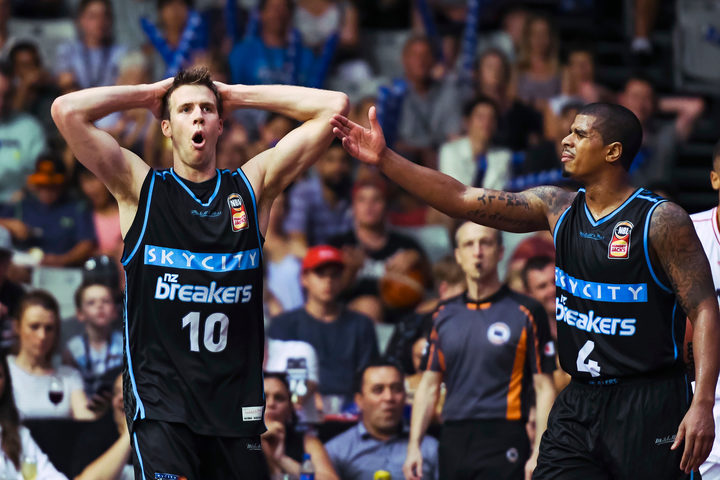 Long time club owners and directors Paul and Liz Blackwell have announced that a newly formed company, Breakers Basketball Ltd, will take control of the club from March 1st, on the eve of the club's NBL semi-final against top qualifiers Melbourne United.

The consortium is headed by former NBA player Matt Walsh, along with several business partners including Romie Chaudhari, a part-owner and director of Swansea City, with Walsh also a shareholder of the EPL club.

The Blackwells will stay on at the club they have owned for 13 years, as minority shareholders, with Paul Blackwell retaining his seat on the Board.

Marion enjoyed an illustrious career in the NBA, winning the 2010/11 NBA Championship alongside Jason Kidd and Dirk Nowitzki at the Dallas Mavericks, as well as being an All-Star and likely future Hall of Fame inductee.

Matt Walsh will take a hands-on role in leading the club into the next phase of its development, with a strong focus on the commercial activities of the four-time championship winning club. He will relocate from the United States to work out of the club's Auckland headquarters.

Walsh was signed by NBA team Miami in 2005, playing two games before heading to Europe where he enjoyed a successful 10-year playing career that delivered championships in some of the top leagues in the region, including Germany, Turkey and Belgium.

Since retiring in 2015, Walsh has turned his hand to business with a focus on sports club ownership, holding interests in Swansea City in the EPL and second division team Loudoun United.

Walsh and his cohort of business partners have for some time been looking at basketball opportunities in the Australian League, and like what they see in the Breakers on and off court.

"We were attracted to the club for a number of reasons, they clearly know how to win on the court, with eight playoff appearances in the last 11 years, five grand finals and four championships," said Walsh.

"But our main interest was in the amazing culture that the Blackwell's and others have built over that time, combined with the growth of basketball in New Zealand and being located in the world class city of Auckland."

Walsh said the focus for the future is about growing the commercial side of the business, at a time when the NBL is growing and gaining in reputation.

"As far as we are concerned we see little to improve on the basketball side of things, but our collective experience and sports ownership background will allow us to add exponentially to the commercial side of the business while building on the already strong foundations and values at the club."

Breakers General Manager Dillon Boucher says the timing is perfect as the club embarks on another playoff run, one he hopes can lead to a fairy tale finish for the retiring Kirk Penney, but also celebrate the contribution of Paul and Liz Blackwell to the club, the game of basketball and the wider community.

"This was always about finding the right people to build on the great work led by Paul and Liz and I truly believe we have found that. The added knowledge, skills and resource that will lead the Breakers going forward is exciting and will see the club embark on another successful era on and off court, while maintaining the Blackwell's influence in their specialist areas. I can confidently say the future is bright for the Breakers and can't wait to get to work with Matt and the team.

"The timing gives everyone clarity, from our brilliant team in the front office, to our coaching and support staff, to our players and of course our sponsors and fans. What better way to begin our post-season than with this news, it has given everyone a huge boost."

While there will be changes to some key areas of the operation under the new owners, the weeks and months ahead signal a 'business as usual' approach for the Breakers, with coaching staff able to focus on winning a championship, then recruiting a roster for next season.

The off-court team meanwhile will do likewise, with the home game against Melbourne United on March 5th at Spark Arena now assuming a huge celebratory tone, as fans are encouraged to acknowledge the contribution of the Blackwell family, and welcome in the new owners led by Matt Walsh.