Ross Taylor scored his 18th one-day international century to lead New Zealand to a three-wicket win over England in the first game of their five-match series at Seddon Park in Hamilton. 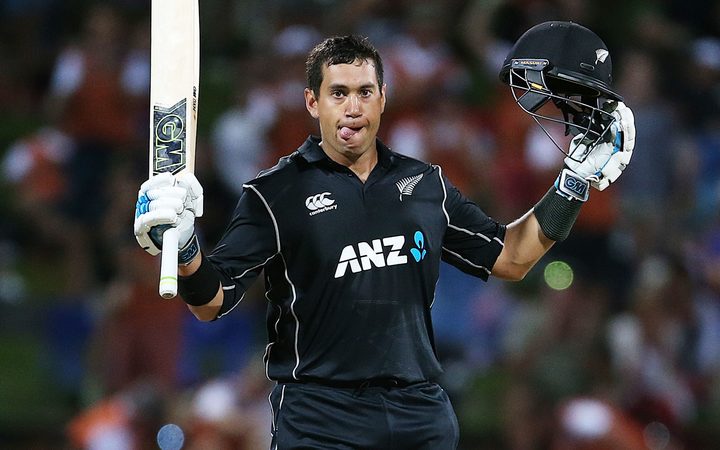 Taylor (113) and Tom Latham (79) helped the hosts recover from 27 for three in the 10th over to reach 287 for seven in the final over after England had scored a credible 284 for eight.

While both Taylor and Latham were unable to see their side through to victory, Mitchell Santner, who scored just two from his first nine deliveries then scored another 43 from the next 18, won the game with his fourth six and finished on 45 not out.

"I needed to take it deep and give ourselves a chance," Taylor told Sky Sport. "It was a little two-paced, even the slower balls kissed off different to a few days ago.

"There are very small boundaries here so we backed ourselves to get 50 off five overs."

England had batted superbly on the slow-paced pitch, with Jason Roy (49) and test captain Root combining for 79 runs after Jonny Bairstow had been dismissed early.

Root also added 42 runs with Buttler in quick time before he played around a slower delivery from Colin Munro to be bowled for 71.

Buttler and Moeen Ali (28) then added another 47 runs in 6.4 overs before Trent Boult and Tim Southee bowled superbly in the death overs to ensure the visitors did not reach 300.

New Zealand's run chase looked to have ended inside the first 10 overs when Martin Guptill, Munro and Kane Williamson were all dismissed cheaply.

Taylor and Latham then rebuilt the innings by rotating the strike and hitting bad balls for boundaries to keep pace with the required run rate before Ben Stokes, playing his first international match since last September, broke the partnership.

Stokes, who had not played for England since an incident outside a Bristol nightclub last September, had Latham caught for 79 then had the dangerous Colin de Grandhomme caught behind for two in his next over.

"There wasn't much between the sides," England captain Eoin Morgan said. "We put on a really competitive score and made good inroads at the start, but they fought back really well."

The second match of the series is in Mount Maunganui on February 28.