The Hurricanes have been beaten 21-19 by the Bulls in their opening Super Rugby game in Pretoria. 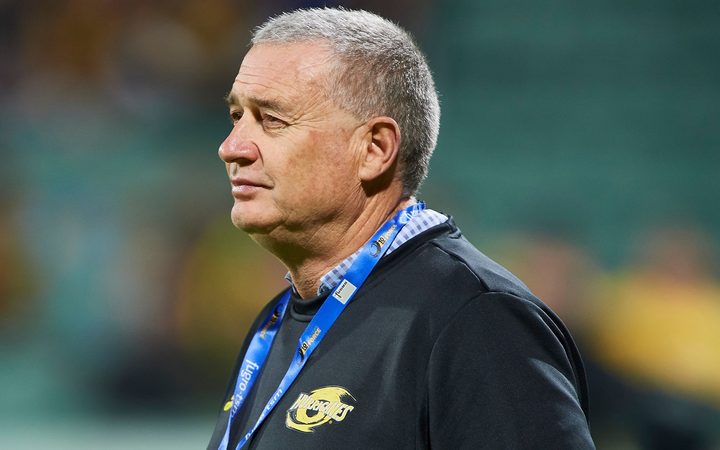 It was a hugely disappointing effort and result for Hurricanes coach Chris Boyd.

Boyd said he realised after about three minutes of play game that his side had not turned up, which was disappointing because he they had been working towards the game for a long time.

"In the period of time that I've been coaching here I don't think I've ever been involved in a game where we've prepared so well and delivered so little."

"We'd been preparing to play the Bulls at altitude here since November 25th because we knew what we were faced with, basically we ran out of legs again at altitude very quickly and were unable to put our game together offensively or defensively."

The hosts provided an early-season fillip for new coach John Mitchell and for South African rugby with a bright performance against the rusty-looking Hurricanes, who trailed 16-12 at halftime.

A 72nd-minute try to Bulls prop Pierre Schoeman proved the match-winner in a close affair, with both sides crossing three times. 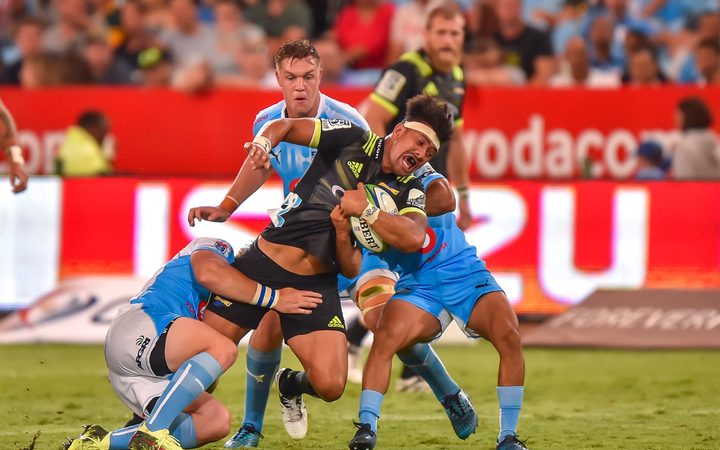 Ardie Savea wrapped up by the Bulls. Photo: PHOTOSPORT

Earlier, it had appeared All Blacks playmaker and World Rugby Player of the Year Barrett would swing the momentum when he crossed moments after coming off the bench.

Without any pre-season rugby under his belt, Barrett latched onto a TJ Perenara cross-kick to score with his first competitive touch of 2018 and put the visitors ahead 19-16.

In the process he became the fourth player in Super Rugby history to score 1000 points.

But Bulls five-eighth Handre Pollard charged down a chip from opposite Ihaia West to spark a sweeping move which resulted in Schoeman's try.

Pollard's two penalties were important in putting his team in front in the first spell.

They scored early through winger Johnny Kotze but the Hurricanes replied through hooker Ricky Riccitelli from a line-out drive and winger Wes Goosen from a chip and chase.

The Bulls scored the try of the game from inside their own half soon before the break, when Springboks forward Lood de Jager galloped over after a bust and loping run from fellow-lock RG Snyman.

That try came when the hosts were reduced to 14 men, with Schoeman shown a yellow card for a high shot.

The Hurricanes' fitness levels appeared to lag in the thin air, with their error count and concession of penalties problematic in the second spell.

They were outpointed in areas they would normally expect to shade the youthful Bulls side, such as running metres and offloads, leaving room for improvement ahead of next week's clash with the Jaguares in Buenos Aires.

Prop Toby Smith and wing Wes Goosen are the main injury concerns for the Hurricanes.