The Melbourne Rebels got their Super Rugby season off to a record-breaking start with a 45-19 bonus-point demolition of the 14-man Queensland Reds in an Australian derby in Melbourne. 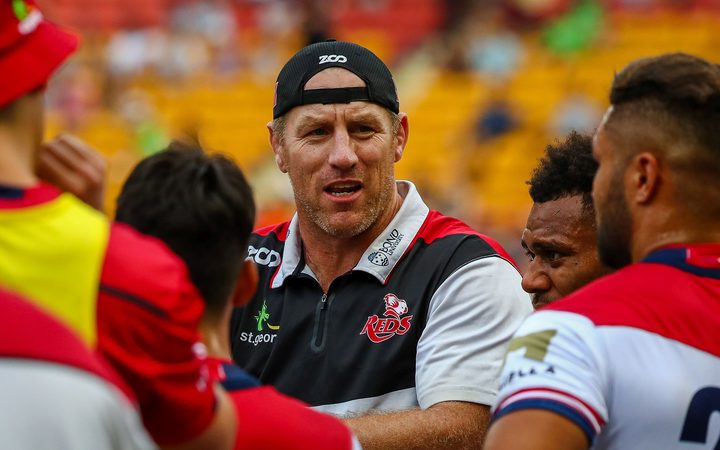 A red card after 10 minutes for visiting captain Scott Higginbotham left the Reds a man short and the Rebels took advantage, running in seven tries, the most they have managed in Super Rugby, and setting a new mark for points scored by the team in one game.

The Reds managed three tries through centres Duncan Paia'aua and Samu Kerevi, and winger Chris Feauai-Sautis, with two of those converted by scrumhalf James Tuttle.

"We had moments in the game where we clocked off, but to get a win in round one and start on a positive note, I'll take that," Rebels captain Adam Coleman said.

"We are taking it game-by-game and sticking to our processes. We will learn a lot from this match."

The Rebels won one game in 2017 and were, statistically at least, the worst side in the competition, but have been rejuvenated by the arrival of coach David Wessels and a number of players from the Western Force.

The pivotal moment came when Higginbotham was adjudged to have made a dangerous tackle, his shoulder going with force into the head of Rebels lock Izack Rodda and failing to use his arms to wrap around the player.

The Reds had made the brighter start and led until just past the half-hour mark, but the home side began to make their numerical advantage count as they spread the play and sapped the energy of their opponents.

The visitors were not helped when they were reduced to 13 players after a yellow card for lock Lukhan Tui in what proved an ill-disciplined first half.

"The boys showed a lot of fight, and at times we played outstanding, We just have to get back to the drawing board," Reds centre Samu Kerevi said.

"We had to keep our composure, especially with two men down. I'm proud of the young guys, they put in an awesome effort, unfortunately we couldn't get the result for them."