The Wellington Phoenix have been beaten 1-0 by the Central Coast Mariners in the battle of the A-League bottom teams in Gosford. 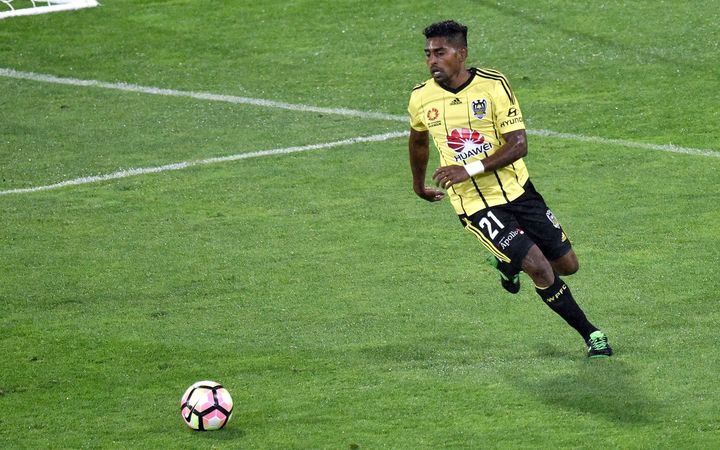 Roy Krishna in action for the Wellington Phoenix. Photo: PhotoSport

It allowed Central Coast to snap an 11-game winless run, while Wellington are now 2 points off Perth at the foot of the table after their 12th loss this season.

Daniel De Silva popped up in first-half injury time to score a goal that might end up saving the Mariners from the wooden spoon.

The Phoenix clearly arrived with a plan to sit off and counter-attack, but were victims of their own trepidation and demonstrated little in the way of cohesive moments in transition.

Sarpreet Singh, in his second career start, took a wild skyward swing while Dylan Fox headed well over the bar in Wellington's only real chances before Roy Krishna sparked to life after the break.

The Mariners enjoyed most possession and worked the ball into good areas but rarely threatened with any real certainty.

Had the Phoenix exercised more conviction, they might have left with something, but Darije Kalezic's side made it easy for a Mariners outfit who only last week blew a two-goal lead over 10-man Adelaide.

Krishna rattled the crossbar - though a teammate was offside - and then embarked on a promising solo run only to find the side netting.

The Mariners were searching for a second goal and Hoole's 69th-minute free-kick appeared to be it, until substitute Blake Powell's header hit the upright and was somehow cleared off the line by Andrew Durante.

That turned into a Phoenix breakaway and a brilliant cross-goal Krishna ball as Andrija Kaluderovic gave the side netting another workout.

The Phoenix now have two weeks to regroup ahead of their 10 March clash with Western Sydney Wanderers in Sydney.