A win tonight over Australia in the tri series Twenty20 cricket final will not only give the New Zealand some much overdue success against their trans-Tasman rivals but also deny the Australia the mantle of world number one.

Before the series Australia were ranked a lowly seventh - four wins in the trot over New Zealand and England has seen them shoot them up the rankings.

But despite being odds on favourites the fickle nature of T20 means the Black Caps can't be written off.

It was a loss but a win for the Black Caps in their match against England in Hamilton on Sunday night.

They scraped through to the final ahead of England with a superior run rate over the series and they now get to play Australia who the Black Caps narrowly lost to in a record breaking match last week on the same Eden Park pitch.

Australia scored the highest run chase in Twenty20 international history as they reached 245-5 beating New Zealand by five wickets with more than an over to spare. 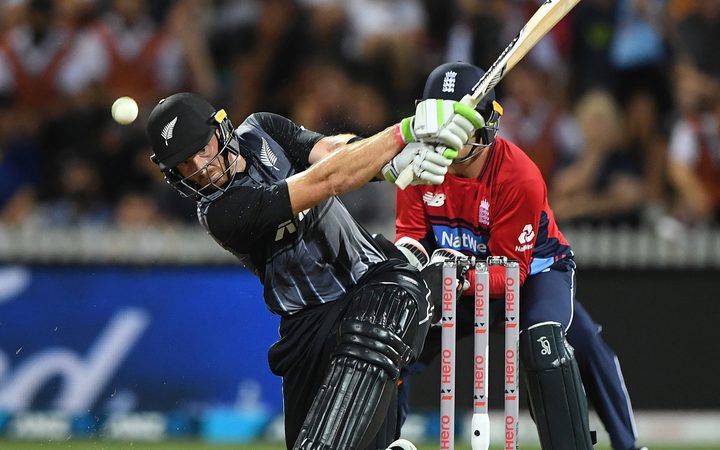 There will have to be plenty of big hitting from Kane Williamson and the Black Caps if they're beat Australia in the tri-series final. Photo: Photosport

Black Caps skipper Kane Williamson expects another high scoring affair and they can't afford to be overwhelmed at the prospect.

"It's important going into it we prepare for what could be a high scoring affair and work backwards from there but it is a challenge," he said.

"It's important too that we don't get caught up in those sorts of mentalities (sic)...and we just play what's in front of us and accept at times just how the game unfolds so that it's not disheartening from a bowling perspective."

While Williamson anticipates another high scoring affair history tells coach Mike Hesson it may not turn out that way.

"We've play games there where 170 has been defended so you have just got to adapt to the conditions," said Hesson.

"Both bowling lineups struggled to adapt last time. It (the ball) didn't really grip a lot - it was an outstanding wicket and I think Eden Park was going to do that at some stage ...but like I say we've had some great games there where 170 has been a good score." 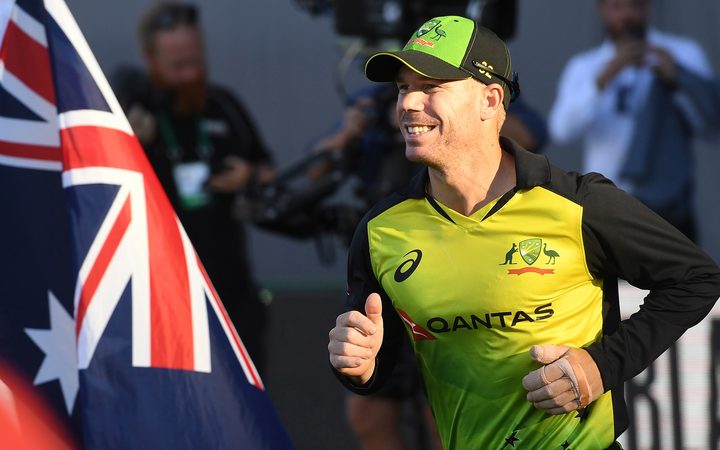 David Warner and Australia could assume the mantle of world number one. Photo: Photosport

There have been questions over the suitability of Eden Park as an international cricket ground given its small boundaries and the record scores in the last match between the two sides but Australia skipper David Warner enjoys the idosyncracies of the venue.

"As a captain or as a bowler we talk about setting fields and you probably have to have obscure fields - you might have to have deep fly slip on the boundary instead of a third man. They are bizarre little catching spots where you might get but you've just got to get one or two wickets in the first six it's as simple as that."

Warner believes his side's rise up the world rankings is down to in form players from Australia's domestic T20 competition coming into the side, with several regular test and one day players being rested.

"Having guys come out of Big Bash and doing so well - they're fresh and energetic - it's great for us as a team. We had a disappointing one day series (loss to England) and a few of us were mentally cooked after the Ashes test series. I couldn't be any more excited and happy with where we are at the moment."

Immediately after tomorrow night's final the Black Caps will move into one day mode, preparing for a five match series against England the first match of which is in Hamilton on Sunday.