Slovenian ice hockey player Ziga Jeglic has tested positive for a banned substance and been suspended for the remainder of the Pyeongchang Winter Olympics, the Court of Arbitration for Sport said. 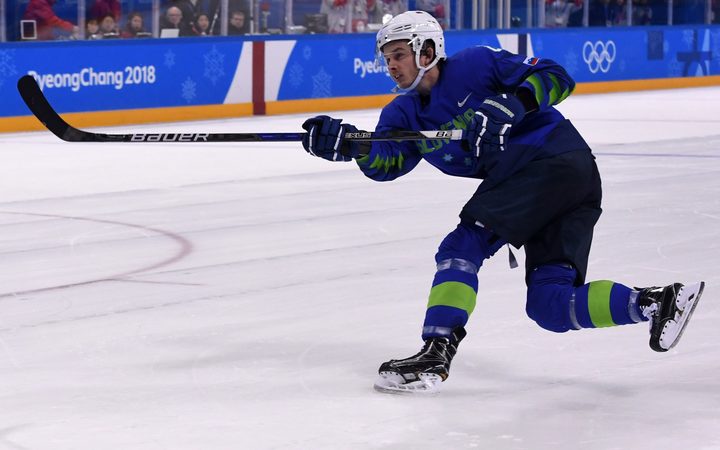 Jeglic, who tested positive for fenoterol, has accepted the anti-doping rule violation and will leave the Olympics within 24 hours, CAS said.

Fenoterol can be taken for asthma as it facilitates breathing by opening up the airways.

Jeglic, who scored Slovenia's shootout winner against Slovakia on Saturday, failed an in-competition test and the final decision on his sanction will come after the Games.

The 29-year-old has played his entire career in Europe and has been competing in the Russian-based Kontinental Hockey League for the past four seasons.

"I take the mentioned drug due to asthma under medical advice. It has been prescribed to me after testing for respiratory problems in Slovakia in 2017," Jeglic said in a statement.

"Unfortunately, I forgot to declare it as a therapeutical exception. I have overlooked the difference between comparable drugs, which are allowed and would enable me to use it for my respiratory problems during the Olympics.

"I apologise for my negligence to all the persons involved, and I accept the further anti-doping procedures."