Third-tier Wigan Athletic lived up to the billing as Manchester City's bogey team by beating the 10-man Premier League leaders 1-0 in a stunning FA Cup fifth round upset. 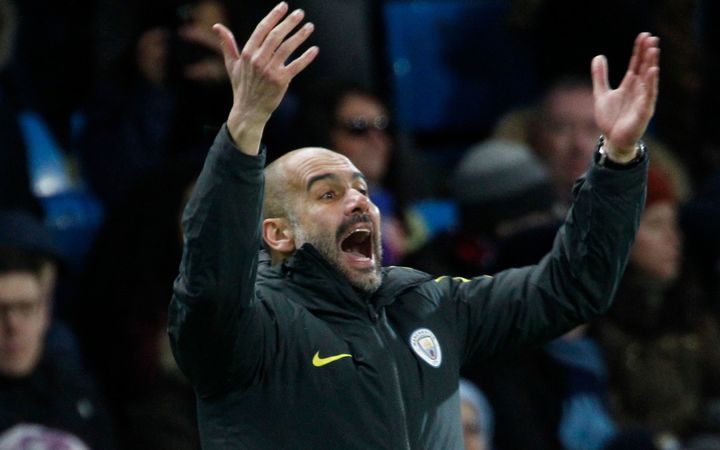 Will Grigg coolly slotted home the winner in the 79th minute to trigger chants of 'Will Grigg's on fire' around the DW Stadium.

The defeat ended City's hopes of an unprecedented quadruple of trophies this season.

City played the entire second half with 10 men after midfielder Fabian Delph was sent off in the 45th minute for a late challenge on Max Power.

But on a night of stirring memories for the home fans, whose side beat City in the 2013 FA Cup final and in the quarter-finals a year later, there was always the hint of an upset in the air.

That only increased when referee Anthony Taylor, a yellow card already in his hand, reached for the red.

Delph looked stunned, his angry team mates swarming around the official, while manager Pep Guardiola seethed on the touchline.

The Spaniard, already frustrated by his side's failure to break through the home side's sturdy defence, had to be kept apart from Wigan manager Paul Cook as they headed down the tunnel at the break.

Guardiola reacted to the setback by bringing on versatile right back Kyle Walker for winger Leroy Sane at the start of the second half.

He then introduced midfielder Kevin De Bruyne in place of David Silva in the 65th, with the Belgian immediately piling the pressure on Wigan's defence.

But still City, 16 points clear at the top of the Premier League, heading for the last eight of the Champions League and looking forward to Sunday's League Cup final, failed to find a way through despite having most of the possession.