The length of Bennett's new contract suggests he will not lead England into the next World Cup in 2021, when he will be 71. 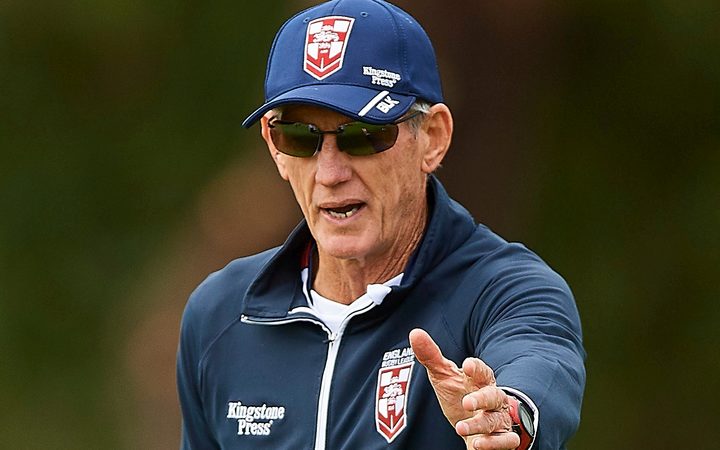 But the RFL says the Brisbane Broncos coach will be eligible to lead the British Lions on their tour Down Under in 2019.

It is thought Castleford coach Daryl Powell has been sounded out as a possible successor to Bennett but currently prefers to focus on his job with his club.

Bennett's re-appointment follows a recommendation from rugby league director Kevin Sinfield, the former Leeds and England captain who conducted a review into the national team's performance at the World Cup.

Bennett, who succeeded Steve McNamara two years ago on a part-time basis while continuing his day job with the Broncos, declined to discuss his future in the immediate aftermath of December's final.

However, the former Australia and Queensland coach won many admirers for the way he turned England into a competitive force after a dismal 2016 Four Nations, guiding them to a first World Cup final for 22 years, and to a man the players expressed their support for his continued involvement.

Bennett, in a statement, expressed the ongoing disappointment of not lifting the World Cup last December - losing the final 6-0 to Australia.

"But I mentioned about this squad being on a journey," he said.

"I want to continue that journey because I firmly believe we can achieve something special together.

"It's a pleasure to coach this squad because everyone wants to do their best for one another and do their job properly.

"The last couple of years have been encouraging and I have seen this group grow in confidence and belief," Bennett added.

"There's plenty of work to be done and club fixtures to be played between now and the New Zealand games - everyone is aware of what is required of them to join the England program."

Bennett, who assisted Stephen Kearney when New Zealand won the 2008 World Cup, will now go up against the Kiwis in the proposed June international in Denver and the end-of-season three-match Test series in the UK.