The New Zealand tennis player Artem Sitak and his partner have been beaten in the final of the doubles at the New York Open. 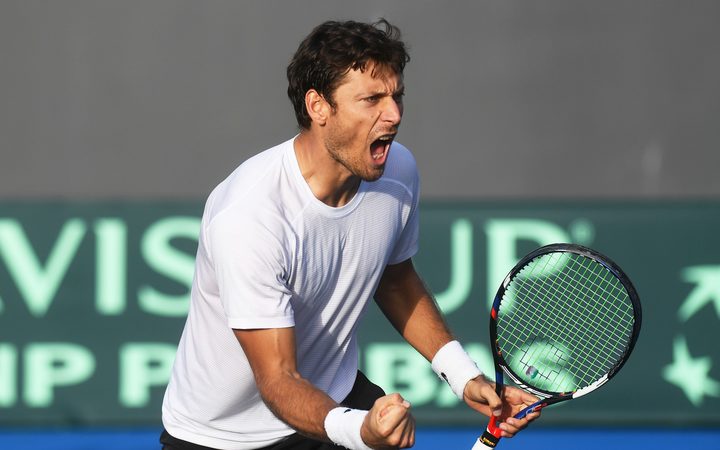 It would have been the first title together for Sitak and partner Wesley Koolhof of the Netherlands.

It was a case of missed opportunities for Sitak and Koolhof who have now lost three ATP finals as a team after joining forces after Wimbledon last year.

Sitak and Koolhof managed to convert just one of eight break point opportunities in the match which lasted 1 hr 28.

After losing a tight opening set Sitak and Koolhof rallied in the second with an early break and then served strongly to force a deciding match tie break.

But it proved a step too far for the unseeded pairing as Mirnyi and Oswald quickly took control to capture the title.

Despite the loss the 32 year old Kiwi is likely to improve from his current ranking of 59 to just outside the top 50.

Sitak and Koolhof will now head to Delray Beach in Florida for this week's ATP tournament. They will play American Scott Lipsky and Indian Divij Sharan in the first round.

Michael Venus ranked 17th and his South African doubles partner Raven Klaasen are top seeds for the first ATP250 tournament in Marseille. They will face the Russian pair of Danil Medvedev and Mikhail Elgin in the first round.

Marcus Daniell and his British partner Dominic Inglot are the 4th seeds and have been drawn against Germany's Maximillian Marterer and Portugal's Joao Sousa in the first round.