The New Zealand team have made history by winning the year's first showjumping FEI Nations Cup event in the United Arab Emirates. 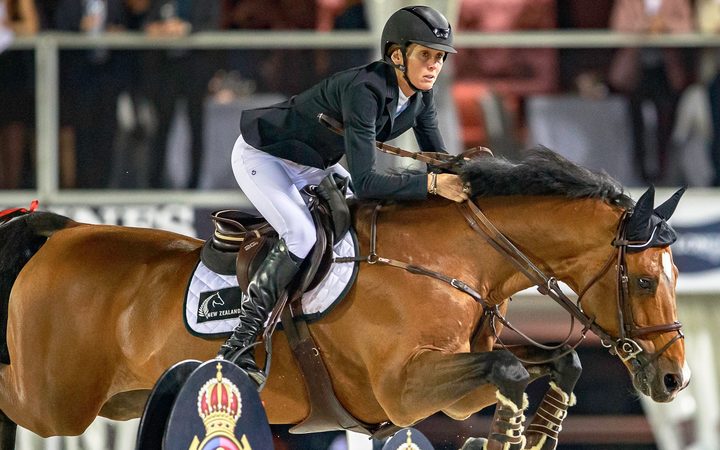 The New Zealand quartet of Samantha McIntosh, Bruce Goodin, Richard Gardner and Daniel Meech were level with Ireland at top of the table after two rounds, but pipped their rivals in a jump off to seal the title.

It's the first time New Zealand has won a Nations Cup in showjumping.

At the end of the first round, the New Zealanders were one of four nations on four faults after clears from McIntosh aboard Check In 2 and Goodin on his new ride Backatorps Danny V, four faults from Gardner and Calisto, and eight from Meech and Fine.

In the second round, McIntosh rode another stunning clear to claim her half share of the $100,000 prize to be split between those who finished the two with a clean slate.

Other nations struggled, and by the end of the round, New Zealand and Ireland were tied on 12 faults, forcing a jump-off - despite the best efforts of the commentators who seemed to forget New Zealand was even in the running.

It was down to McIntosh, who has been in searing form all week, to pull off the win.

Cool as a cucumber and with oodles of class, McIntosh made it look easy aboard her 15-year-old stallion, putting the pressure on Irish rider Shane Breen who came home with 17 faults.

McIntosh - who is heading home to New Zealand later this month for an exciting new private show at Takapoto Estate in Cambridge - in her usual understated way, was every bit the gracious winner.

"Who would have dreamed that our day would end with winning a CSIO5* Nations Cup," she said. "No words can explain how proud I am of Check In. He had such a huge week and to still come out fighting for the team in the jump-off today was amazing."

And she paid tribute to the team.

"I am grateful to have such fantastic team members who all gave everything to be here and make it happen today."