A struggling Tiger Woods failed to make the cut at the Genesis Open in California on Friday as he had eight bogeys in a round of five-over-par 76. 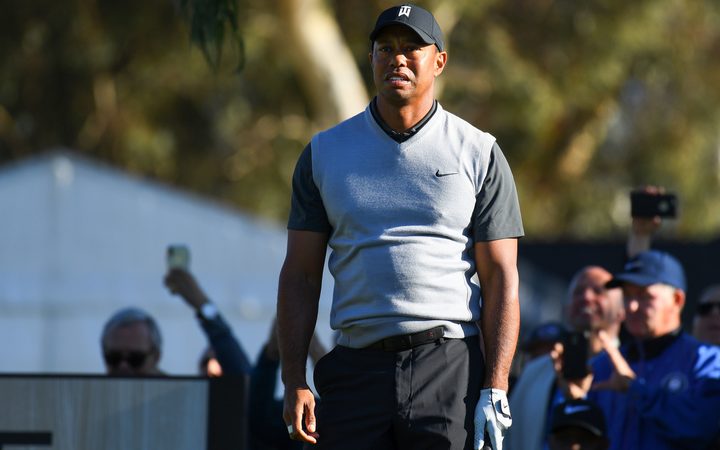 The disappointing play left the 14-times major champion at six-over 148, four strokes over the projected cut of +2.

"I've just got to play more tournaments," said Woods, making his second start of the PGA Tour season after a year-long absence following back surgery.

Northern Ireland's McDowell shot a five-under 66, while Cantlay posted a 69.

American Sam Saunders also was at seven-under through 15 holes with countryman Ryan Moore another stroke back after a 68.

Bad light forced play to be abandoned with about 20 players still to finish their second rounds. They will return on Saturday to finish.

Still troubled by his driving and putting, Woods made only three birdies during his second round and had more bogeys than scores of par.

Despite his problems, the former world number one committed to play in next week's Honda Classic in Florida, marking the first time in three years he has entered tournaments on back-to-back weeks.

"I need some tournament rounds," Woods said of the event near his Florida home.

Despite the problems, Woods said he believed he was progressing in his comeback.

"I haven't played golf in years," he said. "I'm starting to come back and it's going to take a little time. I am progressing, I'm starting to get a feel for tournament golf again. I just need to clean up my rounds."

Woods' troubles began on the front nine and went downhill when he had birdies around a bogey at the fourth hole before three bogeys in four holes from the sixth left him at two-over.

A birdie at 10 appeared to give him fresh hope, but it did not last.

"I thought I could pump a drive down there at 11 and get to it with an iron and turn the tide around and play a good solid back nine," Woods said. "But I didn't do it."

Three successive bogeys and another at 16 followed, wiping out any hope of salvaging the round.

Poor putting did not help.

"Today was the first day I felt bad with a putter this year," Woods said.

"I didn't feel very good when I was warming up about putting." (Editing by Greg Stutchbury)