Tiger Woods finished five shots back of clubhouse leader Tom Hoge after mostly struggling off the tee in the first round of the Genesis Open in Pacific Palisades, California. 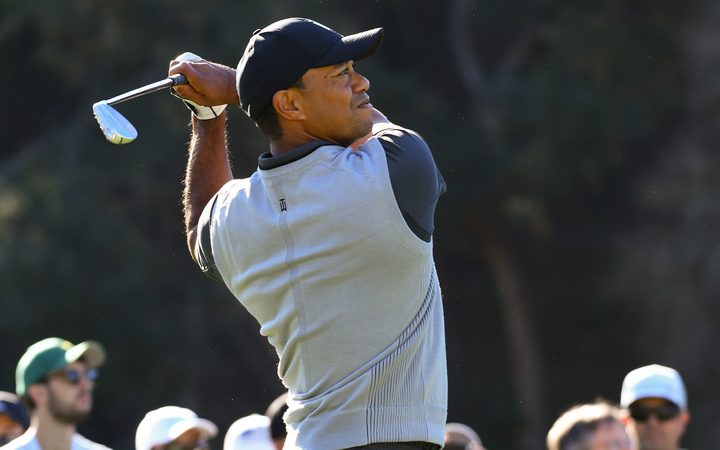 Tiger Woods hits off the tee during the 2018 Genesis Open. Photo: Photosport

Woods, in his second start of the PGA Tour season after a year-long absence during which he had back surgery, shot a one-over-par 72 at Riviera Country Club in a roller-coaster Friday (NZ time) round that included five birdies, four bogeys and a double-bogey.

Hoge birdied the last to finish with a four-under-par 67 that left him in sole possession of the clubhouse lead while fellow American Sam Saunders was five-under through 11 holes.

Former world number one Woods, playing in a high-profile group with four-times major winner Rory McIlroy (71) and reigning Player of the Year Justin Thomas (69), was forced to lean heavily on his short game given his struggles off the tee.

Woods made birdie at his opening hole, the par-four 10th, but was inconsistent over the next seven holes that included a double-bogey, two bogeys and two birdies.

The 14-times major winner started to steady the ship on his back nine, which he began with a birdie followed by a string of three consecutive pars that was broken at the par-four fifth where Woods opted for an iron off the tee.

He pulled his tee shot left into thick rough and brought his ball back into play with his second shot but was still well short of the green. His pitch from about 40 yards bounced well past the hole en route to a bogey.

Woods made a another bogey two holes later followed by a birdie on his penultimate hole before closing with a par.

He finished the day having hit eight of 14 fairways, seven of 18 greens in regulation and needing 25 putts.