Skeleton racer Rhys Thornbury has been the pick of the bunch from New Zealand's Winter Olympics team in Pyeonchang today. 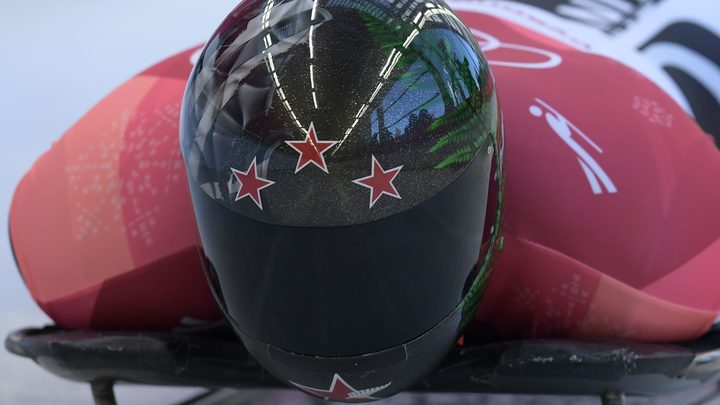 Thornbury is in eighth place after his first two heats in the men's skeleton, he's seven tenths of second behind the leader with two heats remaining which will be completed tomorrow.

"To be here in 2018 fighting for top 10 feels good. It's an amazing atmosphere and great to have family here too," Thornbury said.

In the women's giant slalom, New Zealand teenager, Alice Robinson, is in 37th after the first round, her second run is also tomorrow.

Robinson had to wait three days for her first race to take place after high winds caused delays in Pyeonchang.

"I think maybe I was trying a bit too hard to go full throttle, not thinking enough above the technical aspect, paying too much attention to going fast instead of being tactically smart. Hopefully I'll just improve for the 2nd run,"Robinson said.

And in the men's snowboard cross, Duncan Campbell has failed to make it out of the elimination final, finishing in fifth place. He needed to finish in third or better to make it to the next round.