New Zealand mixed martial artist Israel Adesanya may have made his UFC debut in Perth on the weekend but is by no means a stranger to the game. 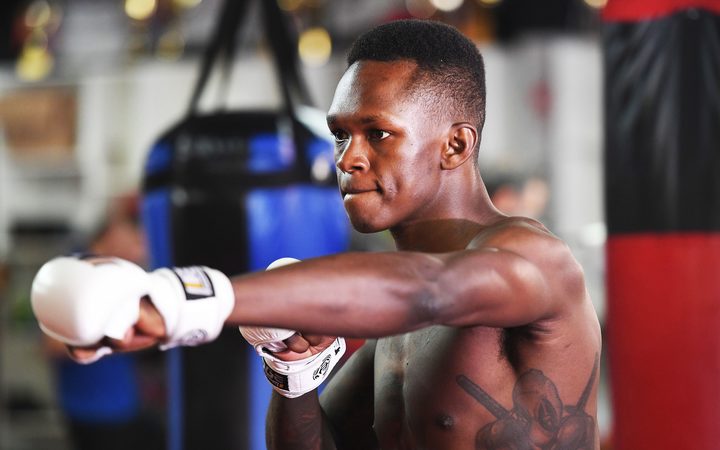 The Nigerian-born kiwi has trained and competed in all forms of MMA in preparation for the UFC for over eight years under the tutelage of his coach Eugene Bareman at City Kickboxing - the same coach as UFC fighter Dan Hooker.

His record of 12-0 in MMA doesn't reflect the years of hard work with a stellar striking career. The 29-year-old holds a boxing record of 5-0 and kickboxing record of 75-4 now not only has he impressed the world with a knock out win against Australian Rob Wilkinson on debut, but portrayed a well-seasoned character as well.

After putting the middleweight division on notice at the conclusion of the fight, he performed a controversial mimicry of urinating in the cage catching the attention of millions on social media.

"It's me claiming my spot you know? I love dogs, they know what they want, dogs are simple animals they walk into a yard and start to pee on everything to claim it." says Adesanya.

"A lot of people can get caught up in that, I'm a very objective individual."

The confidence he exudes saw a list of eight potential fighters for UFC 221 shrink to a single name. Wilkinson was the only middleweight to accept a fight with Adesanya - a fight coach Bareman did not want to happen.

"I got a list of eight guys and I prioritised them. Rob was the last guy because I didn't want to fight an Australian." says Bareman.

"An Australian crowd will get behind you if you are a kiwi unless you are fighting an Australian, but it turned out he was the only one who said yes."

After Adesanya won "Performance of the night" accepting the challenge clearly paid off and Bareman puts it down to preparation. Wilkinson had reportedly undergone a gruelling weight cut which was evident seconds before receiving the devastating knock-out.

"He cut a tremendous amount of weight because he's such a big guy, and that played into our hands perfectly." says Bareman.

"On the way to the weigh-in he had to be physically helped so his team was carrying him on to the bus."