Roll over Beethoven and prepare to be Disturbed.

Pairs figures skaters, once confined to classical tunes and rigid technical elements, are embracing dance moves and heavy metal music to see how far they can both push the boundaries while keeping the discipline up to date.

A cover of "The Sound of Silence" by heavy metal group Disturbed was the haunting soundtrack for a free skate by French pair Vanessa James and Morgan Cipres last year, a dynamic and ambitious performance that proved a huge hit on social media. 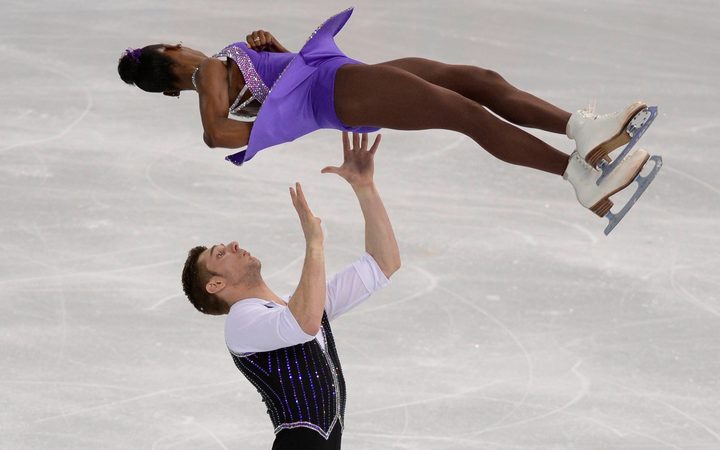 James said the popularity of that routine prompted imitation... and she loves it.

"I think it's good because we're actually evolving as a pair event, a discipline," she said after a practice at Gangneung's Ice Arena, the venue for figure skating at the Winter Olympics.

"Our goal is to skate like ice dancers, which is not always easy because of all the technical stuff we have to do, but it is the goal," she added.

"I think working towards skating like them and looking at them as examples -- transitions into and out of death spirals and spins -- it's evolving our sport and I think it's great."

In simple terms, ice dancing can be considered as ballroom dancing in a rink, with graceful and fun moves that could be replicated on the dance floor.

Traditional pairs skating, meanwhile, focuses more on technical, acrobatic moves such as throws, jumps and spirals, with a set allocation included in each routine.

Germany's Aljona Savchenko and Bruno Massot, strongly favoured for gold in Pyeongchang, are also among those leading the revolution.

Their spunky short programme to jazz singer Caro Emerald's "That Man" is full of dance moves and glides, while their free skate is a hauntingly graceful routine that is also packed with punishing technical elements.

"We are trying to skate as dancers, because they are skating really well, the quality of their skills are perfect," said Massot, noting that some dance elements are forbidden for pairs.

"We really try to mix the heart with the acrobatics ... and I think we are in a good way with this, especially in the long programme."

Pyeongchang is the first Olympics where music with lyrics has been allowed and this is one of the biggest changes, moving the discipline forward from the rigidity of classical instrumentals used extensively in the past. 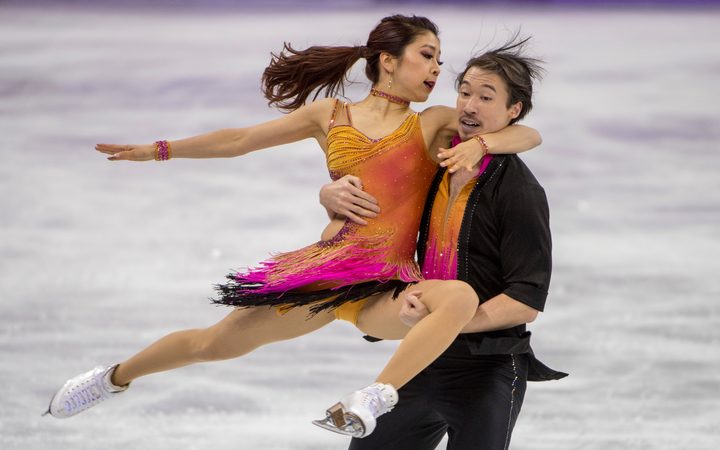 Songs used in this year's short programme include: "Paint it Black" by Hidden Citizen, "Hallelujah" by Leonard Cohen, "Big Spender" and an inevitable smattering of classics.

Despite these changes, pairs figures skaters are an endangered species, with competitors discouraged by the high risk-low economic compensation, growing difficulty of the moves and the physical danger, greater than for other disciplines.

"When you have some guy throwing you, it doesn't get any more dangerous than that," James said.

"The slightest fatigue, you can throw your partner badly and... your body has to be warmed up to perform properly. Like any discipline -- but ours is a little more risky, I think."

Pairs skaters have suffered occasional serious head injuries and concussions are far from uncommon. They also get cut, sometimes seriously, from each others' blades.

As a result, the number of teams had diminished, James said, although recently a few new partnerships had formed that she hoped would be spurred on by the changes.

The differences with previous generations might be summed up by Massot, who has a giant number seven tattooed on his forearm.

"It's my lucky number. I put it on only last year," he grinned. "I think it's working. I hope it keeps on."