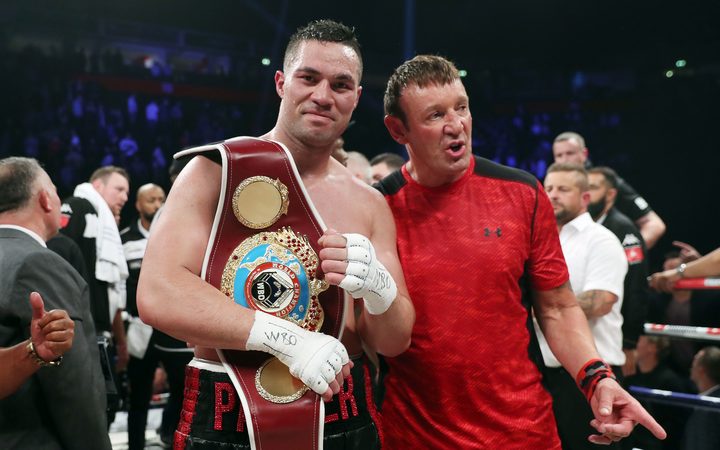 The previous holder of Parker's WBO belt and Joshua's WBA and IBF titles, Fury last month reached out to Parker with an offer to help with preparation for the highly-anticipated March 31 bout in Cardiff.

The south Aucklander and Fury have become friendly in recent times, with the two pictured partying together after Parker's successful title defence against Tyson's cousin Hughie last September and Parker also suggesting he may invite Fury to walk to the ring with him on fight night.

A sizeable underdog against Joshua with most pundits, Parker will arrive in the UK a fortnight before the bout and is likely to have some interaction with Fury.

Given how the big Brit pulled off an upset of his own in enemy territory to defeat longtime champion Wladimir Klitschko for the unified titles in 2015, starting the reinvigoration of the heavyweight division, it would not be a surprise to see Parker tap into that knowledge.

That would not extend, however, to Parker and Fury getting in the ring together, Barry said.

"Two weeks out, we don't need to be getting in there with a 6ft 9in Tyson Fury," he told Sky Sports UK from Team Parker's Las Vegas training base.

"Tyson's a great friend of our team and we appreciate all the support he gives us, but that just doesn't work out for us." 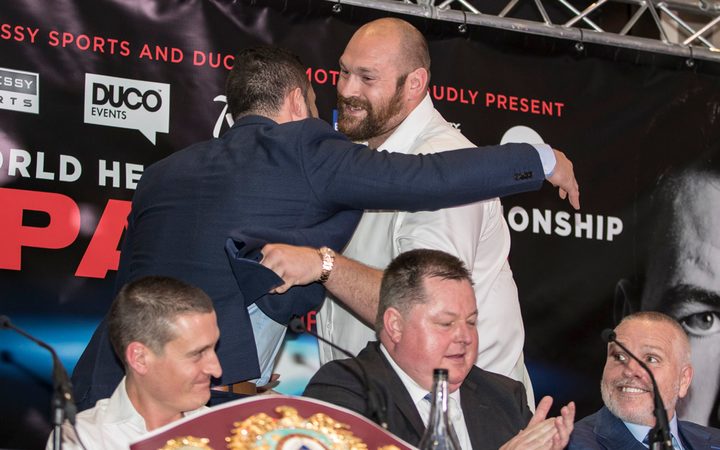 Barry also believes Joshua is well aware just how thorough the New Zealand boxer's preparation will be for what is the first fight between two undefeated heavyweight champions since Mike Tyson's clash with Tony Tucker in 1987.

Joshua last week issued a cheeky warning to Parker to be fit and ready and not "lay down" in the early rounds, disappointing excited fight fans.

But Barry said Joshua knew both he and Parker were preparing very hard, while Parker himself questioned his next opponent's perceived stamina issues.

Joshua's impressive physique has been the topic of much conversation, while the Englishman has often opted for new and unique forms of training.

"My body type, even though it's not really muscular, [has] worked for us," Parker told Sky Sports UK.

"We know that we can fight hard from round one to round 12. It's all that matters.

"When you watch him, when you see all the training, it's like they are doing all this new training and it looks really hard, and it looks intense, and it looks the type of training that will prepare you for 12 rounds.

"But, in saying that, just maybe their team need to work on a few things ... I'm not sure why he tires, that's something he has to sort of figure out." 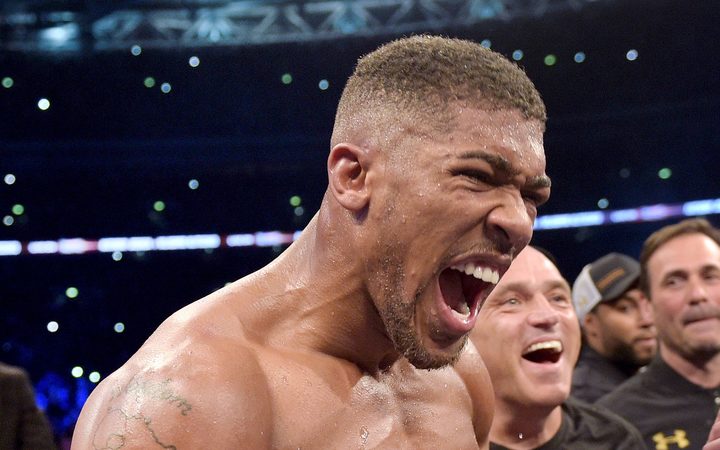 Barry, who is confident his fighter will be victorious despite Joshua being a healthy favourite, was more up-front in his thoughts on Joshua's stamina.

The veteran trainer said for all Joshua's "sophisticated, new age training methods ", he has appeared "very tired" during his past two bouts.

"Every time he's been asked to go on to the later rounds, he's really struggled so that's a question for his training staff.

"He wouldn't want to be slowing against Joe, because I can promise you this. Joe will be coming on in the later rounds."