Speed skaters Peter Michael and Reyon Kay will turn their attention to New Zealand's team pursuit campaign after finishing outside the medals in the individual 1500m. 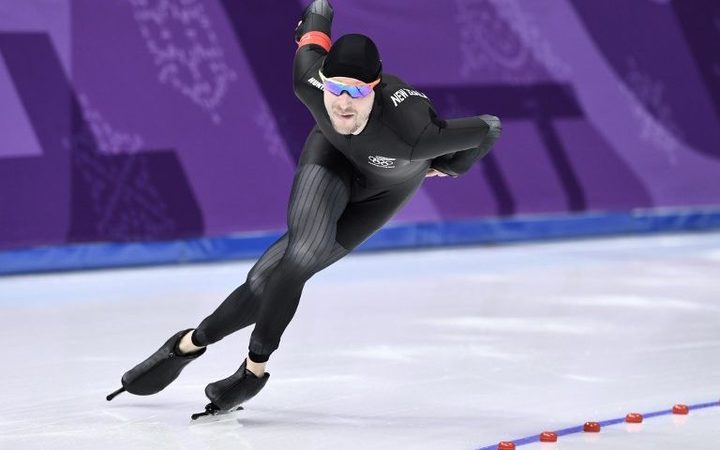 Michael followed his fourth place in the 5000m by finishing 14th, briefly in bronze medal position as the ninth two-man race of 18 through at the Winter Olympics on Tuesday.

But his time of 1:46.39 was 2.38 seconds off Dutch winner Kjeld Nuis, who was 0.85 ahead of silver medallist compatriot Patrick Roest and almost a second in front of bronze winner Seok Kim Min of Korea.

The New Zealanders will contest Sunday's team pursuit qualification with veteran Shane Dobbin, who will compete in the individual 10,000m in PyeongChang three days prior.

Meanwhile on day four, New Zealand snowboarder Rakai Tait missed the snowboard halfpipe final after falling on both his runs.

In a star-studded field which saw big guns Shaun White, Scotty James and Ayumu Hirano top qualifying, Tait failed to fire a shot in registering scores of 36.5 and 25.75 to finish fourth last in the 30-man field.

American two-time gold medallist White showed he will again be the man to beat in PyeongChang, beating Australian James' 96.75 on his second run by 1.75 points.

Snowboarder Collins dislocated his shoulder in PyeongChang last week while training for the slopestyle before sitting out the event.

He had hoped to recover but has pulled out on advice from medicos after experiencing ongoing soreness and a lack of movement.

The 20-year-old was one of New Zealand's best-credentialed athletes at the Games, having won a bronze medal at a World Cup slopestyle event in the US last month.

He was eighth in the world championships last year before announcing himself as a medal threat in the Olympics big air with a World Cup silver in China in November when he landed a backside triple cork.