Carlos Garcia Knight has narrowly missed a Winter Olympic medal after crashing while in bronze position on his final run of the snowboard slopestyle final. 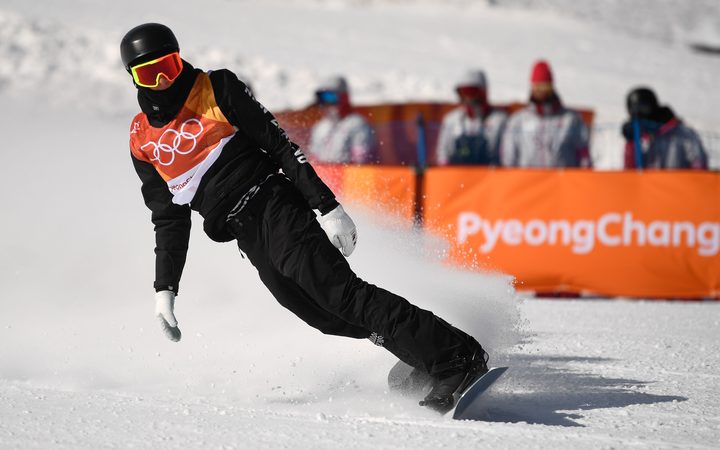 Carlos Garcia Knight competes in a run in the final of the men's snowboard slopestyle. Photo: AFP

The 20-year-old's best score of 78.60 put him in the lead after the first run in Pyeongchang on Sunday, raising hopes New Zealand could end its 26-year Winter Games medal drought.

But mistakes on his second and third efforts, including a failed landing on a rail feature, saw him drop to fourth place of the 12-man final in breezy conditions. Garcia Knight officially finished in fifth place.

"It was a challenging day and the weather didn't play ball again. First round went really well unfortunately I couldn't stick the last two." says Garcia-Knight.

"you really have to be super precise, the finest little mistake can cost you your speed for the jump."

American Redmond Gerard took gold after nailing his final run with a score of 87.17, with Canadians Max Parrot and Mark McMorris winning silver and bronze respectively.

"To make the finals was the first step and that was super exciting." says Garcia-Knight.

"I'm more excited to have put it down with the big guys and show everyone that I'm meant to be here and in the mix with everyone."

Garcia Knight competed well throughout the event, placing second in his qualification heat to be the final's sixth seed.

He will compete in the big air event next week.