Wales coach Warren Gatland said a "terrible mistake" by the television match official had cost his side the chance of an upset victory over England at Twickenham on Sunday (NZ time). 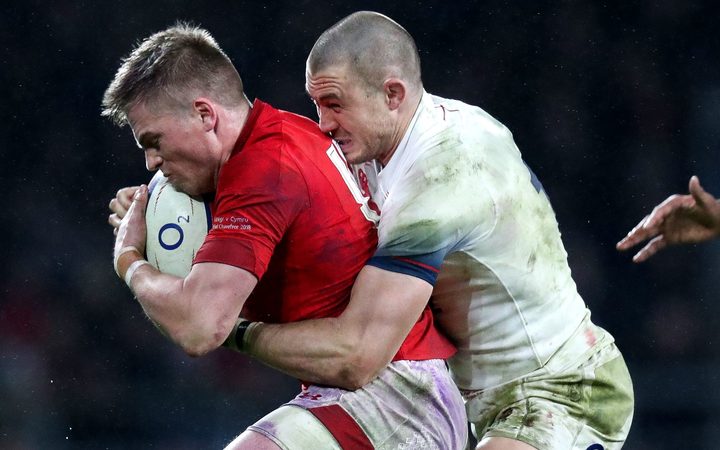 England edged a gripping Six Nations arm wrestle 12-6 on a raw afternoon but things could have been different had Wales fullback Gareth Anscombe's try been allowed to stand before the interval.

After two Jonny May tries had given England a 12-0 lead Anscombe appeared to have marginally won a race to touch down a loose ball over the England line with Jonathan Joseph.

Newman said Joseph had got their first and that Anscombe had failed to exert enough downward pressure on the bouncing ball.

Gatland, whose side have now won only one of their last six away games in the tournament, was left mystified by the call.

"It looked like a try to me, everyone else I have spoken to who has seen it said it looked like a clear try," he told reporters. "To me that's disappointing that they got that decision wrong at such a pivotal moment in the game.

"They flew a guy over to do a TMO and he has one big call to make and he unfortunately made a terrible mistake.

"It's human error. But in front of 82,000 people when there's a lot at stake these guys have to get these decisions right. That looked a clearcut one to me."

Despite Wales clawing their way back into contention with a valiant second-half display after England's fast start, captain Alun Wyn Jones said it had been too little too late.

"We showed positive character and were in the ascendancy in the second half," he said.

England coach Eddie Jones preferred to steer clear of the controversy, heaping praise on his side who have now won 15 consecutive home games in the Six Nations.

"I don't know why people say we're lucky with the refereeing decision. The TMO has all the time in the world to make his decision and I never get involved in what is decided," he said.

"He made a decision and you get on with it.

"It was a win built around a lot of courage, a lot belief in the team. We had a short turnaround. We knew we had to play a certain way to beat Wales today and the execution was outstanding. The effort in defence was first class."

Holders England slipped behind Ireland at the top of the table on points difference but remained on course for an unprecedented third successive Six Nations title.