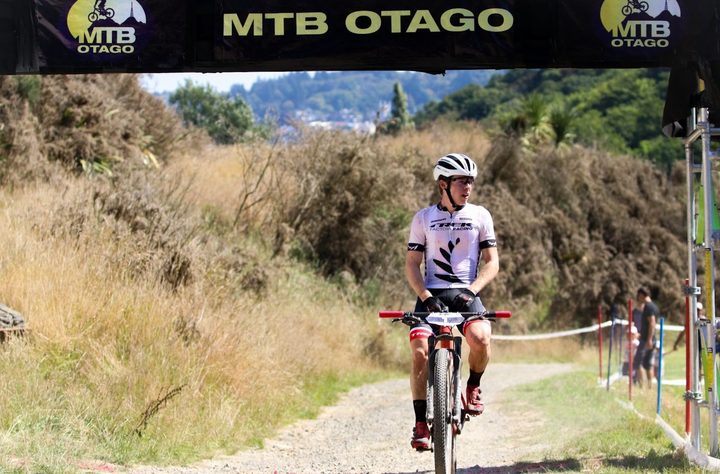 The world number 7 ranked Cooper put the foot to the floor after compatriot Sam Gaze stopped to adjust his seat midway through the race at the new Signal Hill course.

From that point Cooper pushed on to a dominant victory in 1:21.54, to finish two minutes ahead of Gaze, who had to stop for a second time to fix his mechanical issue, with Australian Cameron Ivory 2:40 back in third.

From that point she was in a class of her own, winning the five-lap race by three and a half minutes.

The Australian-based rider won in 1:24:28 with Australian Holly Harris second (1:27:56) and former national champion, Kate Fluker (1:29:35), fighting her way up to third ahead of McConnell.

Cooper was delighted with his efforts and has his sights set on defence of his Commonwealth Games gold medal on the Gold Coast in April.

"I am very happy with my progress. It's nice to get early season wins because it gives you confidence for the rest of the season ...Gold Coast is going to be a really tough challenge. I know I have room to improve still but obviously the others do as well. It is going to be a real tough battle but I will be ready for it."

Sheppard was thrilled with her repeat victory as she chases her dream of selection in the New Zealand team for the Commonwealth Games.

"It's a privilege to win the Oceania Champs again this year, living in Australia and having support there but being a Kiwi and a proud New Zealander," said Sheppard.

"It will mean everything to me to get named in the Commonwealth Games team this week. It has been two years in the making and it's always been a dream to go to the Comm Games and with how everything is going right now, I am just crossing my fingers."

Tomorrow's attention turns to the downhill racing, with racing to start at 1pm after seeding runs from 11am.