The Court of Arbitration for Sport has dismissed appeals from 47 Russian athletes and coaches to participate in the Pyeongchang Winter Olympics, which begin tonight.

The Russians had appealed their exclusion from the Games by the International Olympic Committee over the doping scandal from the 2014 Sochi Games. 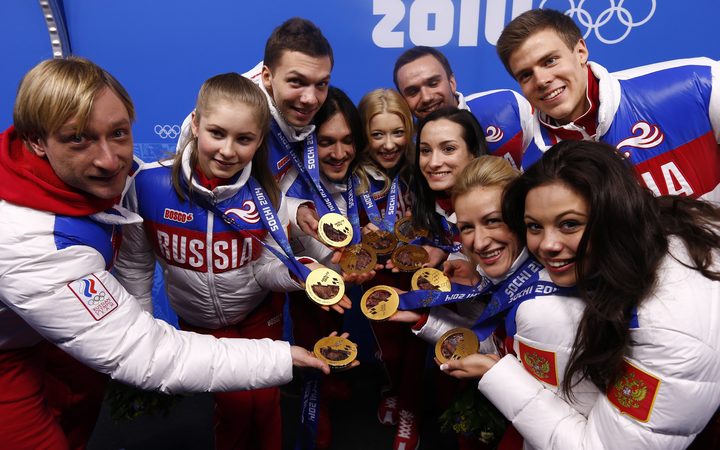 Russian athletes show off their gold medals at the 2014 Sochi Olympics. Photo: Photosport

"In its decisions, the CAS arbitrators have considered that the process created by the IOC to establish an invitation list of Russian athletes to compete as Olympic athletes from Russia (OAR) could not be described as a sanction but rather as an eligibility decision," it said in a statement.

The IOC in December banned Russia from the Games over doping in the country that included massive manipulation of doping samples at the Sochi Olympics and more than 1,000 athletes across several sports.

It invited 169 carefully screened Russian athletes to compete as neutrals under the Olympic flag.

It has also suspended the Russian Olympic Committee.

"Although the ROC was suspended, the IOC nevertheless chose to offer individual athletes the opportunity to participate in the winter Games under prescribed conditions - a process that was designed to balance the IOC's interest in the global fight against doping and the interests of individual athletes from Russia."