A stronger committment to player welfare by Football New Zealand has prompted veteran international Abby Erceg to come out of retirement.

Erceg, the first New Zealand player to play 100 international games, walked away from the Football Ferns early last year saying New Zealand football was placing too many demands on players.

Erceg who is based in the United States says following numerous discussions with the national body since then she's confident there will be a change in approach.

Erceg and Sarah Gregarious both walked walked away from the White Ferns a year ago but have been named in the New Zealand squad for two games against Scotland in Spain next month.

New Zealand are ranked 19th in the world and Scotland 23.

Erceg who is based in the United States retired saying New Zealand football was placing too many demands on players. 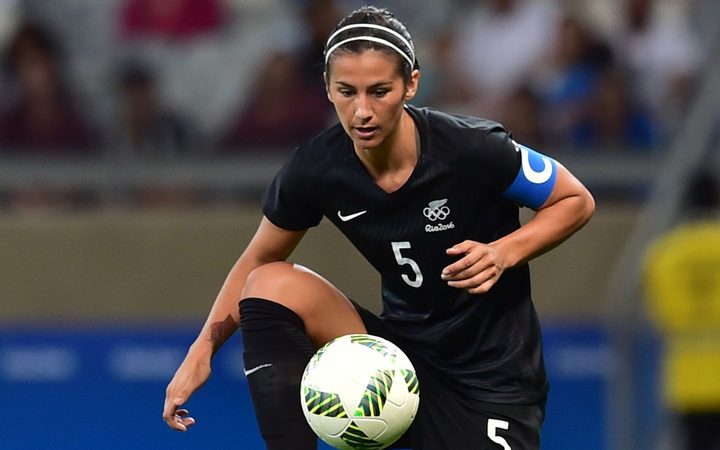 "I was highlighting some of the finances last year and the environment for the younger players coming through (but) with the developement of the youth programme and the Football Ferns programme - these are great steps in the right direction," she said.

"I've had a lot of conversations behind closed doors around what these (programmes) will look like - and I'm really happy with that.

"There's only so many things they can do at the moment so all these changes aren't going to happen overnight....but next year or the year after things will be a whole lot better."

Head coach Andreas Heraf said the return of Erceg and Gregorius is a huge lift for the Ferns as they continue to build for the 2019 World Cup in France.

"We are not a big football country so to welcome back Abby and Sarah who have played more than 200 A Internationals between them and many World Cups and Olympics is a great result," said Heraf.

"This is an important tour as we look to build on what we achieved in Thailand and prepare for FIFA World Cup qualifying in November. We know that we are much stronger team with those two players involved and that we need to continue improving as a football team."

Erceg, the first player from New Zealand to reach 100 international caps, has been to three Olympic Games and three FIFA World Cups.

Gregorius has been to two Olympics and two FIFA World Cups and has played 82 A internationals and scored 25 goals for her country. 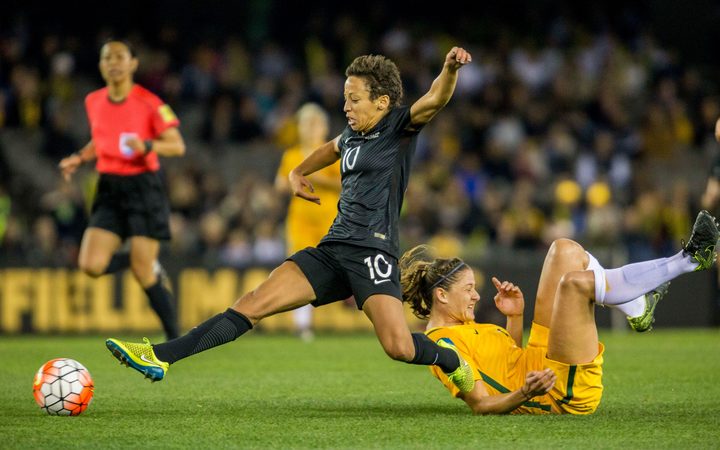 Sarah Gregorius lunges as she runs with the ball as she she passes defenders a game against Australia in 2016. Photo: Photosport

The return of centre-half Erceg means the Ferns will have six players in this squad who have played more than 100 games for New Zealand.

At the other end of the experience scale, Emma Rolston comes in for her first Football Ferns tour while other recently-capped players like Victoria Esson, Anna Leat, Malia Steinmetz, Katie Rood and Stephanie Skilton, who made their international debuts last year are retained.