England captain Eoin Morgan has backed the Twenty20 tri-series format to bring out his side's best in their opener against Australia tonight at Bellerive Oval. 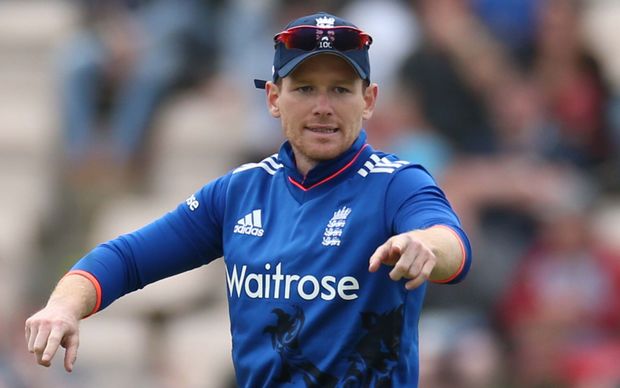 England are looking to ride the wave of an impressive 4-1 ODI series win over Australia.

Morgan said the tournament-style tri-series, to be played in Australia and New Zealand, added another element of intrigue.

"I'm a massive fan of the tri-series," he said.

"I think they bring that tournament-based competitive nature out in every team and you have the carrot of a final at the end."

England are yet to settle on their final XI for Hobart's clash after several players shook off injuries.

Alex Hales (hand), Jason Roy, (back spasms) are expected to be at the top of the order but quick Liam Plunkett (hamstring) is unlikely.

Quick Chris Jordan will be available after overcoming a hamstring niggle.

"We have guys who are pressing cases for different positions, they're good decisions to be making," Morgan said, adding the balance of the side will depend on the wicket.

A trump card for England could be left-handed allrounder David Willey, who smacked 79 from 36 and took three wickets in a practise match against the PM's XI.

Willey, who was promoted to open the innings, hit five straight sixes in taking 34 runs off Test spinner Nathan Lyon's first over.

In Kane Richardson and Andrew Tye, Australia has a number of rookie quicks at international level but Morgan - who played two seasons with Sydney Thunder in the Big Bash League - has faced them all bar Billy Stanlake.

He says players are getting a read on others' styles across the many Twenty20 leagues.

"Guys are rubbing shoulders perhaps twice or three times a year ... but I don't think they become friendlier," Morgan said.

"The determination and the will is still there to win. You're still playing for your country."