New Zealand will fund a new rugby programme aimed at improving the health of young people in the Pacific Islands. 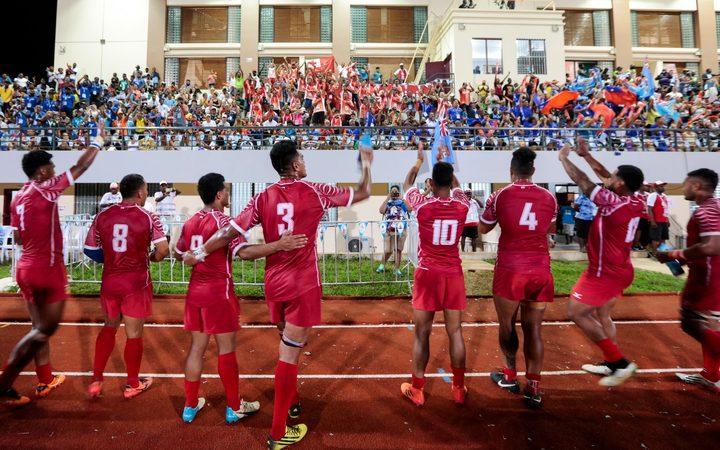 Rugby is a popular sport in the Pacific Islands. Photo: Peter Carroll/Van 2017 Media

Former All Blacks midfielder Pita Alatini and Black Ferns star Charlene Gubb fronted the launch of the four-year Sports for Health programme in Tonga on Tuesday.

The programme will begin in Tongatapu, before eventually rolling out to Tonga's outer islands and reaching more than 800 teenagers and 80 coaches.

Piloted in Samoa last year, the initiative will begin in Fiji in April and the Cook Islands in May, with teenagers in each country introduced to a non-contact form of rugby called Quick Rip.

Tongan-born Alatini, who played 17 tests for the All Blacks, said he was looking forward to using rugby as a vehicle to inspire and educate teenagers.

"I consider myself lucky to have two homes both here in New Zealand and in Tonga where a lot of my family still live, so it is great to have the opportunity to give back to the people of Tonga.

"It's going to be fun to go to Tonga with Charlene who is also a Tongan-New Zealander. We'll be looking to pass on our knowledge to the next generation."

The rugby programme forms part of the Pacific Sporting Partnership initiative announced by the New Zealand government in 2016 and is a partnership between New Zealand Rugby (NZR) and the Ministry of Foreign Affairs and Trade (MFAT).

It is designed as one way to address chronic non-communicable diseases in the Pacific, where lack of regular physical activity among young people is a key risk factor.

Teenagers will take part in a nine-week Quick Rip tournament, which will run alongside an educational programme designed to encourage healthy eating and healthy lifestyles.

NZR head of community Rugby Brent Anderson said the key driver was to leave a legacy throughout the Pacific Islands.

"Pacific Island rugby gives so much to the game here in New Zealand and it is fantastic to provide an initiative which will positively impact Pacific communities for generations to come.

"At the heart of the programme is a desire to give young people the opportunity to participate in sport and develop a life-long love of rugby and live a healthy life."

NZR, in partnership with the Tonga Rugby Union, will provide equipment, coach training and deliver modules on healthy eating and lifestyles throughout Tonga.