South Africa's worrisome injury-list has been lengthened after wicketkeeper-batsman Quinton de Kock was ruled out for up to four weeks with a wrist injury. 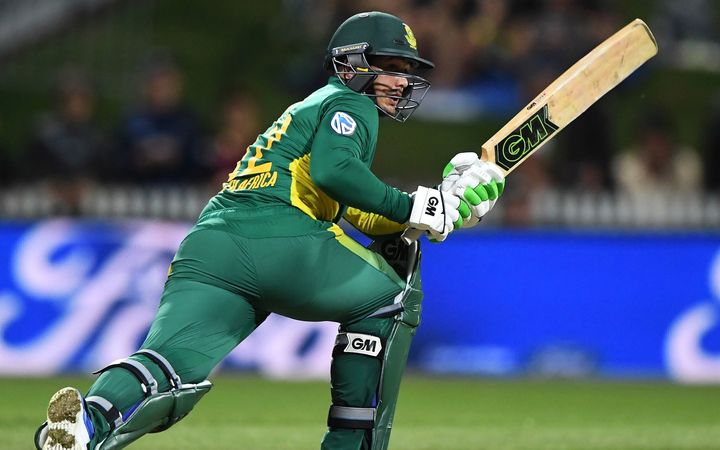 De Kock joins stalwarts Faf du Plessis, Dale Steyn and AB de Villiers on the sidelines, though the latter is expected to resume training in the next few days.

De Kock was injured during South Africa's heavy nine-wicket loss to India in the second match of their six-game series in Pretoria on Sunday.

"Quinton suffered an extreme blow to the left wrist while batting in the second ODI on Sunday and felt severe pain and discomfort," team manager Mohammed Moosajee said in a media release from Cricket South Africa.

"Further investigation revealed severe bony bruising to the area, with associated swelling around the tendon in the wrist.

"This type of injury will require between 2-4 weeks to heal, which subsequently rules him out of the remainder of the ODI and T20 series against India."

Du Plessis (finger), Steyn (heel) and De Kock will now face a race against time to be fit for the first of four home tests against Australia that start on March 1.