Fiji Bati players have threatened to boycott future rugby league Tests after claiming they have yet to be paid for making last year's World Cup semi-final. 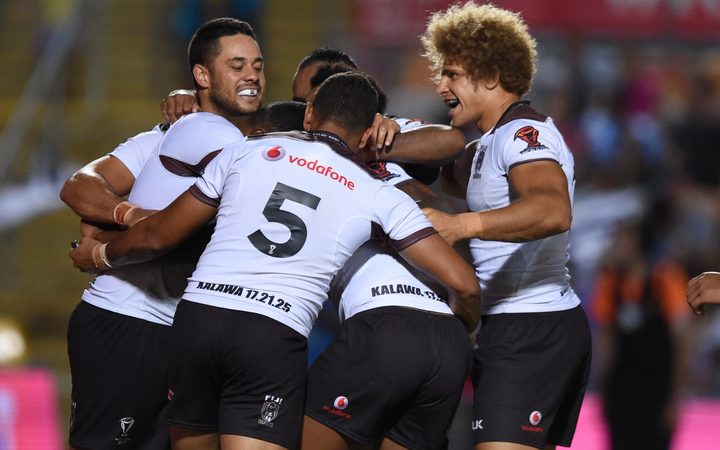 Fiji officials on Monday confirmed the players released a statement that also demanded a leadership overhaul of the Fiji National Rugby League board.

"The Fiji Bati players are now demanding to be paid and will stand down from playing another Test/international in 2018," the statement said.

"Fiji Bati players are also demanding a Leadership overhaul of current Fiji National Rugby League board from their poor handling of RLWC campaign."

RLWC officials confirmed that $135,000 of prize money had been made to Fiji officials after they achieved their third straight semi-finals appearance at the tournament.

The team pulled off one of the great upsets of the tournament when they defeated co-hosts New Zealand in the quarter-final before being flogged by Australia in the final four.

Despite being a rising force in international rugby league, they have not been named to play in this year's Pacific Tests in June alongside Samoa, Tonga, Lebanon and Papua New Guinea.