The Breakers' season hangs in the balance ahead of this weekend's home-and-away Australian NBL series against the Illawarra Hawks.

Fourth on the ladder, the Breakers are three wins ahead of the fifth-placed Hawks, and back-to-back wins will effectively guarantee a spot in post-season play.

A split weekend will maintain the Breakers' healthy advantage and keep them in touch with the top of the table, but two losses will allow the Hawks to remain alive in the race for the top four.

Breakers coach Paul Henare is well aware of the implications, but welcomes the challenge. 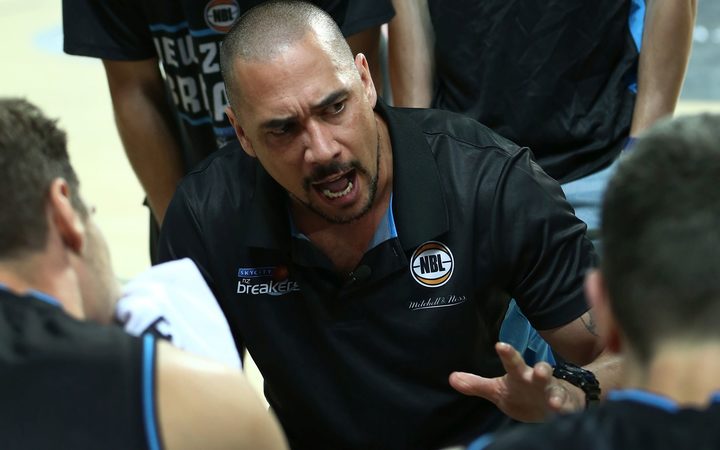 "Every game is important, every game is worth the same value on the ladder, but of course these two games have the added weight of play-off hopes of two teams hanging over them," he said.

Henare said the closeness of the two teams on the ladder would bring increased intensity and an added edge to the games.

"But the pressure to perform is no different to any other game, any other week - our focus is on executing to our game plan, playing well and the result will look after itself."

Leading from the front will be experienced centre Alex Pledger, who has been there and seen it all through nine years and four championship titles with the Breakers.

"There are a few of us that have pretty much seen it all, played through every situation you can think of and for the most part we have managed to find a way," he said.

"This is what we play for, these are the moments and the games we train for, to be in a couple of games that can have such a bearing on the post-season.

Wollongong has been a reasonably happy hunting ground for the Breakers in the past, with the club winning nine of 26 matches played at the home of the Hawks, while the all-time record is 27-24 in favour of the Hawks.

Under current coach Rob Beveridge, however, the Hawks have won four of their past five home games against the Breakers, and seven of their past nine.

The clubs have met just the once this season, with the Hawks winning 90-79 in Wollongong three weeks ago.