Young All Whites striker Monty Patterson is joining the Wellington Phoenix on loan from English club Ipswich Town for the rest of the A-League season. 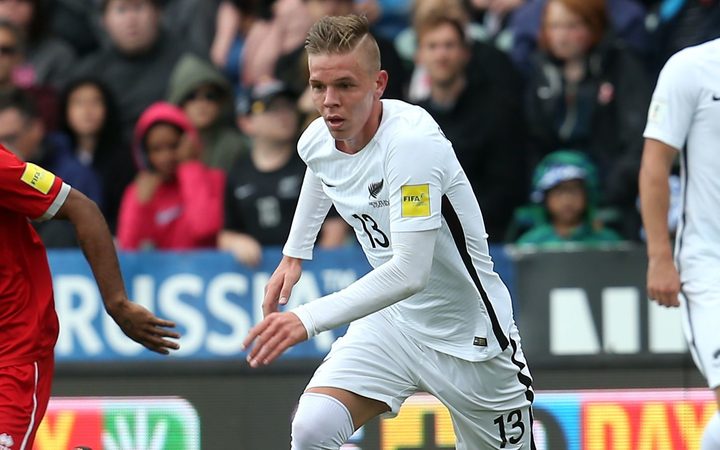 Mostly featuring off the bench, Patterson was a regular fixture in New Zealand squad under former coach Anthony Hudson after making his debut at the Oceania Nations Cup in mid-2016.

The Auckland-born 21-year-old has made 15 All Whites appearances, scoring one goal, but did not feature in either of the team's World Cup playoff fixtures against Peru in November last year.

The news comes a day after defender Ali Abbas agreed a mutual termination of his Phoenix contract.

The 31-year-old Iraqi made eight appearances for the A-League club this season, the last on December 16 in a 1-0 loss to Perth Glory.

He has made steady progress through the club's Academy but his only first-team appearance so far was in a League Cup Cup defeat at Crystal Palace in August.

Patterson, who is out of contract at Portman Road at the end of this season, had two loan spells at Braintree Town last year.

He is the second New Zealand international to depart the club during the January transfer window, following defender Tommy Smith's move to join Hudson at MLS side the Colorado Rapids.

Meanwhile, the departure of Abbas was confirmed in a statement from the Phoenix on Wednesday.

"I've enjoyed my time in Wellington and I wish the club the best in their push to make the finals this season," Abbas said.

"I'd like to thank all the fans and the players for the support they've shown me."

The former Newcastle Jets and Sydney FC player is a veteran of 136 games across eight A-League seasons.

The Phoenix sit bottom on the A-League ladder on 14 points from 17 games, but are only five points adrift of sixth-place.