Two-time Olympian Anita McLaren will suit up for the first time since the 2016 Rio Olympic Games when the New Zealand women's hockey team travel to Argentina next month. 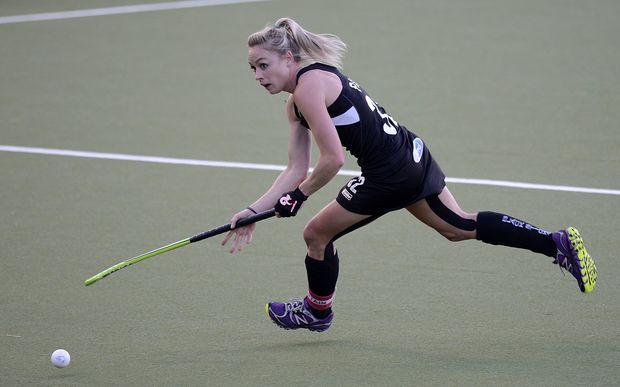 McLaren, nee Punt, was one of 20 players named on Tuesday in the Black Sticks squad for a five-test series in Buenos Aires from February 20-27.

The 30-year-old opted to take an indefinite break from the game after Rio and her return is an undoubted boost for the Black Sticks, with the national team's all-time leading goal-scorer also having 247 international caps to her name.

"This is a great series against quality opposition which allows us to test ourselves and see where we are all at leading into the rest of the year," head coach Mark Hager said.

"It's great to have Anita back with the group and she will certainly add a lot of speed and athleticism to our midfield as well as her experience."

Elsewhere in the New Zealand squad, striker Michaela Curtis has earned a re-call, while goalkeeper Brooke Roberts will have an opportunity to show her stuff against the world's number three ranked side.

Hager was looking forward his team's first hit-out of 2018, ahead of an important year which includes the looming Gold Coast Commonwealth Games and the World Cup in London.

"We're looking at the series as a good opportunity to also give some young players extra exposure, such as Michaela Curtis, Tarryn Davey and Madi Doar," he said.

"Sally Rutherford was named goalkeeper of the tournament at the World League Final so Grace O'Hanlon and Brooke Roberts have been given an opportunity on this tour to continue building depth in that crucial position."

Hockey New Zealand said their 2018 national and development squads will be announced later this week.