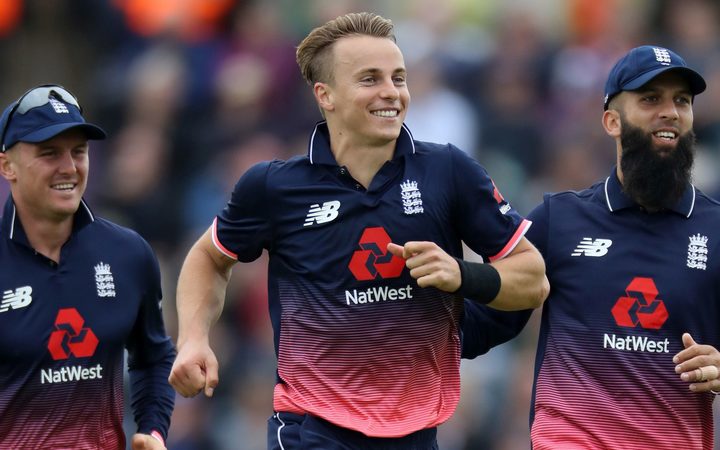 Meanwhile Marcus Stoinis scored 87 off 89 balls to set up the run chase, with Australia cruising at 4-189 in the 34th over.

But Curran's haul of 5-35 in just his third ODI helped England secure victory and a 4-1 series win.

Curran bowled Tim Paine (34) in the second-last over to end Australia's resistance and the home side was all out for 247.

Spinner Moeen Ali chipped in with 3-55, which included a spectacular one-handed return catch to dismiss Mitch Marsh for 13.

Both sides will now turn their attention to the T20 tri-series that also involves NZ.

Australia captain Steve Smith's lean run with the bat continued in the fifth one-dayer, with the right-hander dismissed for 12 off 23 balls.

It means he finished the five-match series with just 102 runs at an average of 20.4 - a rare form slump for a player rated by many as the world's best batsman.

Smith, who will be rested from the T20 series, jumped at the chance to bowl first on Sunday after winning the toss, saying he and his players had no idea what to expect from the drop-in pitch.

Mitchell Starc thought he'd become the first bowler to take a wicket at the venue when wicketkeeper Tim Paine took a good diving catch in the third over.

But Tye dug deep into his bag of tricks to befuddle England's batsmen, and fellow West Australian Mitch Marsh chipped in with 2-24.

Joe Root top-scored for England with 62 off 68 balls.

Stoinis was promoted to bat at No.3 following the axing of Cameron White, and he made the most of the chance by composing a mature innings.

Recalled blaster Glenn Maxwell made a handy 34 off 39 balls.

But the rest of the batting line-up struggled until Paine threatened to snatch victory at the death.

England dropped several catches in the field, and it almost came back to haunt them.

A crowd of 53,781 turned out for the match - the largest crowd to attend a sporting event in Western Australia, eclipsing the 52,781 on hand to watch the WAFL grand final in 1979 at Subiaco Oval.