Pakistan have secured an unlikely Twenty20 series triumph over New Zealand, winning the decider in Tauranga by 18 runs. 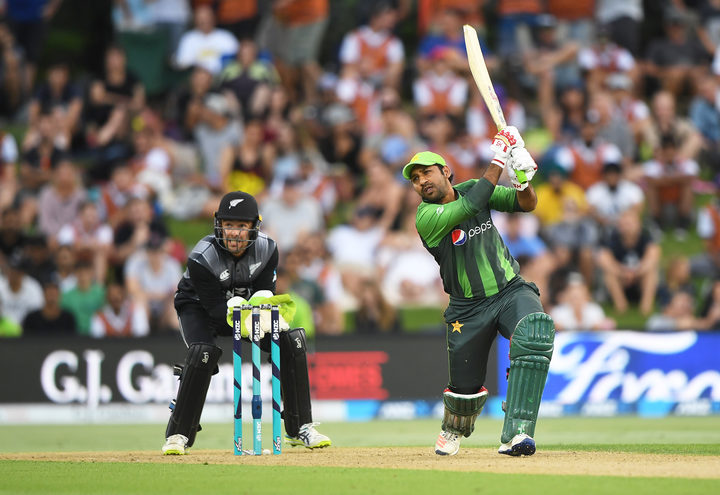 While far from the sizzling best they showcased in Thursday's second-T20 victory, the Pakistanis still managed to produce the goods on Sunday.

Winning the toss and opting to bat, Pakistan's batsmen managed to keep the scoreboard ticking over to secure a total of 6-181.

In response, the Kiwis' batting attack collapsed once again.

Barring a powerful half-century from Martin Guptill, who nabbed 59 off 43 balls, the Black Caps' batsmen all made way for middling totals.

Skipper Kane Williamson, who was elevated to opener due to Colin Munro's absence, fell for nine, followed by Colin de Grandhomme for one run.

And while Tom Bruce and Ross Taylor did their best to reduce arrears, putting on a lightning-quick 39 runs, it wasn't enough.

Pakistan also claim the top international T20 ranking from New Zealand as a result of their come-from-behind series triumph, having lost the first T20.

It's a far cry from their ODI series on Kiwi soil, in which they lost 5-0.

"Credit goes to my boys - the way we came back after six (losses)," Ahmed said.

"We just said to the guys, play your game, and we had nothing to lose."

While their bowling was excellent, with Shadab Khan securing figures of 2-19 and Amir 1-23, the Pakistani batting was equally solid.

Opener Fakhar Zaman struck a clinical 46 from 36 deliveries, while captain Ahmed battled through a hamstring niggle to score 29.

With the ball, the Kiwis again proved expensive, with star pacemen Trent Boult and Tim Southee managing just one wicket between them.

They were hardly helped by their fielders, with Ish Sodhi, de Grandhomme and Bruce dropping straightforward catches.

The target of 182 ultimately proved too burdensome for New Zealand, and Williamson admitted his side were well off their best.

"I think it was the pressure they put us under - I thought with the bat they got enough, a good score, just above par," Williamson said.

"But the way they came out and bowled, and the discipline they showed, I think it was perhaps the difference (when) T20 is such a fine line.

"A couple of things we'd like to have done better."

Williamson's troops will now look ahead to their T20 tri-series alongside Australia and England, followed by the latter's tour of New Zealand.