The New Zealand men's hockey team have finished last in the Four Nations tournament in Hamilton after losing to Japan in a penalty shootout. 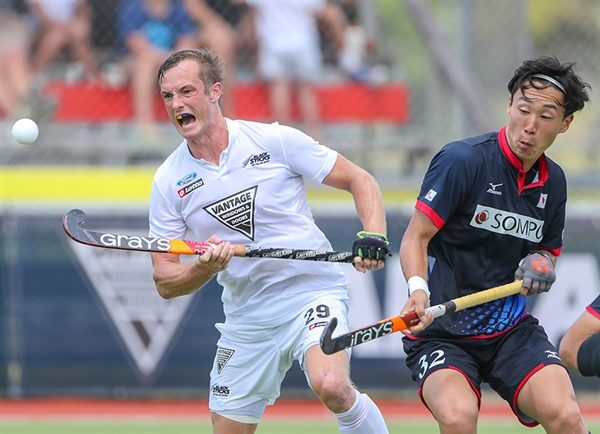 The third place playoff match was played in searing conditions with temperatures above 30 degrees.

Japan struck early through Shota Yamada before the Kiwis forced an equaliser in the 37th minute from a rocketing Kane Russell penalty corner flick.

Japan's goalkeeper Takashi Yoshikawa proved the hero in the deciding shoot-out, making two key saves while his attackers converted all their chances to seal the result.

Head coach Darren Smith said the series had been valuable for the New Zealand squad's build-up ahead of the Gold Coast Commonwealth Games in April.

"I thought the end result was pretty fair, Japan started well and played some good hockey and we played a solid second half but weren't as efficient on the ball as we would have liked," he said.

"We would have liked to finish off with a win, but the series both here and in Tauranga has been the perfect scenario to go up against three other world class teams who all play different styles.

"Over the past two weeks we've had the opportunity to get more high quality experience and that all helps us hone our skills as a team leading into the Commonwealth Games."

In the gold medal match, Belgium secured their second series win following a 3-0 shoot-out result over India with the score locked up 4-4 at the end of regulation time.