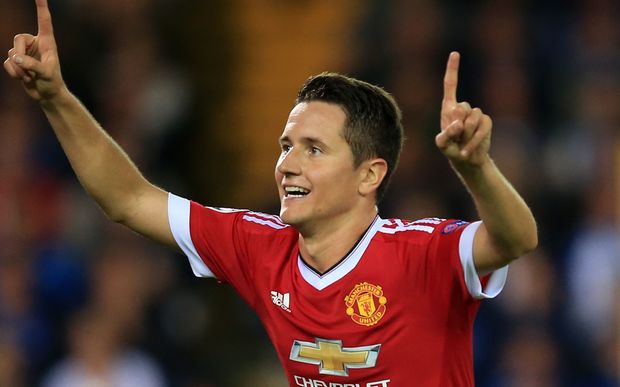 The Chile forward laid on goals for Marcus Rashford and Ander Herrera, with Jesse Lingard and Romelu Lukaku glossing the score late on at Huish Park.

Sanchez's former club Arsenal spent the day assuming responsibility for the 29-year-old inadvertently missing a drugs test on Monday, as he dealt with the logistics of his United transfer.

The striker himself ended the night by ensuring manager Jose Mourinho tasted victory on his 55th birthday and the occasion of his 100th match at the United helm.

Sanchez dropped deep too often and conceded possession cheaply too frequently in a mixed first half, but still posed United's chief threat on his Red Devils debut.

That spark generated the wholly-dominant visitors' first two goals on a night where Darren Way's Yeovil had precious few opportunities to upset the odds.

Sanchez may still have to answer questions from UK Anti-Doping over Monday's missed drugs test, but is already offering the answers for new club.

United coasted through a low-key first half, where Yeovil missed two solid chances.

First Jordan Green had a shot rebuffed after sneaking through on the inside left, before the unmarked Omar Sowunmi headed straight at Sergio Romero from a free-kick.

Eventually the visitors found something approaching fluency, with Herrera losing the ball cheaply in the Yeovil box from a promising attack.

Sanchez threaded a fine ball to Scott McTominay, but the young midfielder saw his low effort turned around the post by Artur Krysiak.

United took a 1-0 lead into the break, barely breaking sweat in the process.

United killed the game on the hour with a clinical break, Juan Mata feeding Sanchez and the Chile forward playing in Herrera, who fired home without issue.

In the other fourth round game, Atdhe Nuhiu scored twice as Sheffield Wednesday beat Reading 3-1 to advance to the fifth.

George Boyd was also on target for the hosts with substitute Sam Smith scoring a late consolation for Reading in the 85th minute.

The Wednesday line-up included Dutch midfielder Joey Pelupessy, who was making his debut after signing from Heracles Almelo.