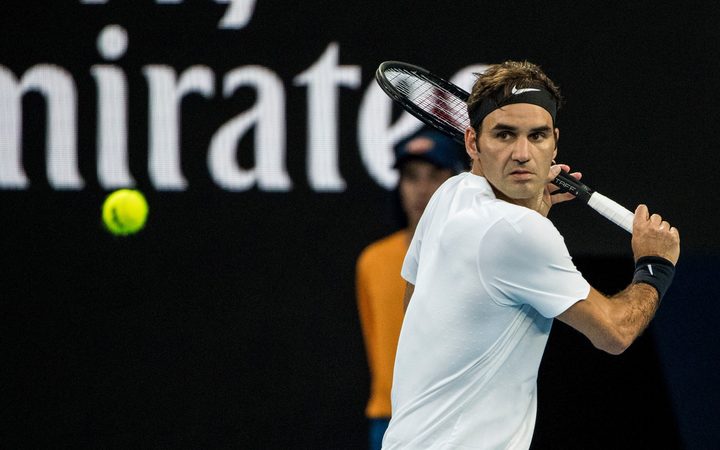 The Swiss maestro advanced to a record seventh final at Melbourne Park, overtaking Novak Djokovic for the most Australian men's finals reached in the Open era.

Federer had conceded just three games when Chung, who struggled with a nasty blister on his left foot and trailed 6-1 5-2, told the chair umpire he could no longer continue.

It is an incredible scenario given that Federer arrived in Melbourne last year under an injury cloud and having gone four-and-a-half years without lifting the trophy at a major.

Asked by on-court presenter Jim Courier whether he could have imagined such a turnaround, Federer was quick to respond.

"No, I wouldn't be thinking this way. I know how hard it is ... it just doesn't come around so easily.

"I was fighting so hard for so many years and ran into Novaks and Rafas and other great players along the way that blocked it for me for a while.

"I don't want to say I gave up hope but I was going to be happy if I won one more major before I retired - absolutely, I would have taken that.

"Now I've got two more, maybe a third. One match away. We'll see what happens."

Down 4-1 in the second set, Chung called for the trainer and had a heavily bandaged left foot examined and re-strapped.

The unseeded 21-year-old threw in the towel a short time later.

It was a brutal ending to a brilliant campaign in which Chung conquered six-time champion Djokovic and fourth seed Alexander Zverev on the way to the final four.

Chung's agent Stuart Duguid later revealed the Korean's foot was "red raw" after days of blisters which pain-killing injections had failed to numb.

"I've played with blisters in the past, and it hurts a lot ... at some point, it is just too much," Federer said.

"That's why this feels bittersweet. Obviously, I'm incredibly happy to be in the finals but not like this, and he has played a wonderful tournament, so credit for him for trying so hard today again."

Federer looked in incredible touch ahead of facing Cilic in a rematch of last year's title victory at Wimbledon.

The veteran smashed 24 winners compared to Chung's six and won a staggering 94 per cent of points off his first serve.

Perhaps the only moment that went against Federer was during the second set when the chair umpire ruled he had not been hindered by a linesman's correction call.

"You're kidding me," an incredulous Federer said.

Federer will match Djokovic's record for most Open era title victories at Melbourne Park if he can defeat Cilic in their 10th career meeting.